A breach of human rights 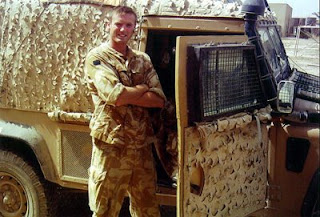 In what seems almost to be an application of the law of unintended consequences, we learn today – from The Daily Telegraph and many others – that failure to equip soldiers adequately while on operations in Iraq and Afghanistan may be in breach of their human rights.

This decision, handed down by Mr Justice Collins sitting at the High Court in London, represents "a landmark legal defeat for the Ministry of Defence" which has previously argued that the Human Rights Act does not apply to soldiers on active service outside their bases.

Collins has decided that British servicemen and women were entitled to a measure of legal protection of their human rights "wherever they may be", adding that: "There is a degree of artificiality in saying that a soldier is protected in a base or in a military hospital but is not protected if he steps outside that base… It is difficult to see the rationale behind that so far as his protection is concerned."

The finding, which is subject to appeal and may yet find its way to the House of Lords, arose in the course of the hearing of an MoD application to clarify the role of coroners, after it had objected to the use by assistant coroner Andrew Walker of phrases such as "serious failure" when recording verdicts on soldiers who had died on active service.

We are told that the judge rejected this attempt "to gag coroners", although it is not entirely clear from press accounts what exactly has been decided. The Guardian reports an MoD spokesman saying, "The ministry of defence sought - and has now received - clarification on a point of law."

Quite what that clarification is will have to wait for further er… clarification, although we understand that Justice Collins has rejected the MoD's request that coroners should be prevented from using phrases such as "serious failure".

On what has turned out to be the more substantive point, The Guardian is saying that the human rights judgement raises the possibility that families of soldiers killed on active service could sue the government for compensation.

This paper, The Times and others also add a further ruling that, in such cases families should be entitled to legal aid and as full access as possible to military documents put before inquest hearings.

In immediate practical terms, the broader ruling by Collins on human rights will have no effect and will not until it has been tested in the Court of Appeal and possibly in the House of Lords. But, if it is confirmed, it will kick-start a number of cases on "Snatch" Land Rovers which are waiting in the wings, where relatives of killed and injured soldiers are considering legal action over the MoD's decision to send them out in these highly vulnerable vehicles.

Amongst those is Sue Smith, mother of Private Phillip Hewett (pictured) who, with two others, was killed in a "Snatch" Land Rover after being attacked by an IED in the Iraqi town of al Amarah in July 2005.

More will be written about this by Booker, in The Sunday Telegraph this weekend. I will try to post a link although, by then, we will both be in Washington for the US launch of our book, Scared to Death. We'll do more analysis when I get back.