An exercise in self-indulgence

Despite the febrile predictions of a rebellion in the government ranks, the vote on the Iraq debate, at 298 to 273 in favour of the government, was certainly not close enough to worry Blair.

It cannot have harmed his case that the debate was led by Adam Price, a man who has been trying since the dawn of time to have Blair impeached. Even by Plaid Cymru standards, Price - the Welsh Nationalist MP for Carmarthen East, is a pretty nasty piece of work. Previously, he has even incurred the wrath of the Speaker and got himself expelled from the Commons after refusing to withdraw comments that the prime minister had "misled" the house over the war in Iraq.

That was back in March 2005 but here he was again today, leading the debate, using time allocated to the minority opposition parties. But, although ostensibly aimed at forcing the government to hold an inquiry into the Iraq war, it was in fact an exercise in self-indulgence by a dysfunctional obsessive determined to pursue his own personal vendetta against Tony Blair. 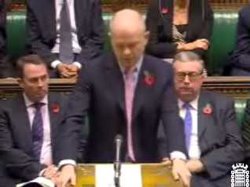 For entirely tactical reasons, the Conservative Party threw its lot in with Plaid Cymru and the Scottish National Party (SNP). Shadow foreign secretary William Hague (pictured) put the obvious but irrelevant point. "None of us can credibly argue that there will not be lessons to be learnt of huge importance for this government and future governments, and ministers should have no hesitation in acknowledging that," he proclaimed. 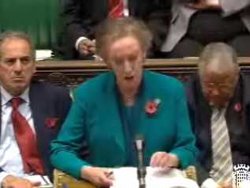 "This is not the time…" said foreign secretary Margaret Beckett, her objection that such an inquiry could undermine troops' morale, leaving SNP leader Alex Salmond to disagree. "The idea is to restore parliamentary accountability over a war which has obviously gone badly wrong," he declared. "We are stuck in a bloody quagmire in Iraq with no end in sight."

Having watched the debate from start to finish (there is a brief report on the BBC website), one has to say that the Commons did not cover itself in glory. Far too many MPs, like Salmond, are obsessed with the past, playing out a grotesque "groundhog day" as they revisit, over and over again, the reasons for going to war, totally unable to move on.

What is hugely more important is ongoing evaluation of the way the war is being prosecuted at the moment – the mistakes, the unforced errors and the seeming inability of the government to get to grips with even the basics of fighting a counterinsurgency. In many instances, we do not need to be looking at new lessons so much as asking why the old lessons seem to have been forgotten.

But far from needing a laborious inquiry, this should be the daily fare of the House, exerting precisely the pressure it did over the "Snatch" Land Rovers, the helicopters and the many other issues. These are the things that matter – the issues that can help us win the war. In fact, these are the only things that matter. The rest is self-indulgence.