The television and radio were full of them yesterday, as were the online newspaper sites – the details released by the MoD of the four killed on Sunday in the attack on a boat patrol on the Shatt Al-Arab waterway.

…all died as a result of injuries sustained following the detonation of an Improvised Explosive Device (IED) mounted on a bridge on the Shatt Al Arab River on the eastern edge of Basra City. The incident took place at approximately 1350 hrs local time. All were onboard a Rigid Raiding Craft (RRC) which was part of a routine boat patrol travelling north towards the Shatt Al Arab Hotel, a British Army base on the river. Three other UK service personnel sustained serious injuries in the attack.

Now, I have thought long and carefully before writing this piece – the third on this particular incident, the others here and here. The reason for my caution is a wish to avoid being seen as "wise after the event" or unrealistically and unfairly critical.

On the other side of the equation though is the crucially important fact that these deaths are not only personal tragedies in the own right – touching the lives of families, friends and colleagues. Each and every one diminishes the resolve of this nation and the ability of our government to maintain troops in Iraq and thus pursue this nation's foreign policy objectives.

Many in the UK, for that very reason - desirous of forcing a change in our foreign policy - are exploiting those deaths, using them as part of their argument for bringing our troops back. 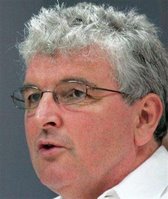 The Secretary of State for Defence, Des Browne, on the other hand, has offered his ritual condolences, talking rather too glibly for my liking of "the sacrifice made by the brave men and women of our armed forces" but no one officially is able to dispute that these deaths were unnecessary, leaving the field to the anti-war groups.

In the minds of those anti-war campaigners, the cause is simple – Blair's determination to do the bidding of Bush and keep troops in Iraq. However, rather than disagree in principle with them, we believe also that the deaths were unnecessary. But, while we have common cause with the "antis" in that respect, they want to withdraw our troops. We do not. What we do want, in the broadest sense, is better protection, to enable our troops to perform their tasks while keeping down the casualty rate. Since no-one else is pointing this out with any force or consistency, we feel we have no choice but to agitate for this option.

Where we have to be careful though is in our assertion that the deaths were "unnecessary". This, in our view, means that they were preventable and by means other than simple withdrawal of all troops from the theatre. We would also assert that such measures as we say could have been taken do not rely wholly on hindsight.

Here, we call in aid our own piece, written on 28 September, in which we noted that the Army was mounting a high-profile security operation in Basra. This was Operation Sinbad and we suggested that, as a result, we might also see an "upsurge in the Iraqi losses". 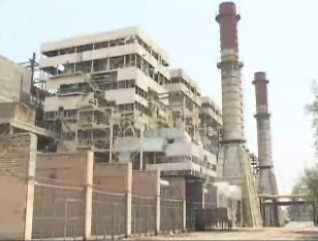 Only five days later we were noting the death of a British soldier from an "indirect fire attack" at the Shatt Al-Arab Hotel, remarking that this might not be a coincidence. Then, a mere week ago, we were analysing the death of another soldier but also noting that four Russian technicians working on the reconstruction of al-Najibiya power plant in Basra had also been injured by a mortar strike.

Crucially, we had learned that the bomb "accidentally" hit the power plant and that the real object of the strike was "UK Armed Forces", indicating that troops were being targeted far more often than they were being killed.

This we knew anyway, from accounts of how British forces were being routinely mortared at their base in Basra Palace and how the Foreign Office had to withdraw their staff from the British Consulate in Basra. 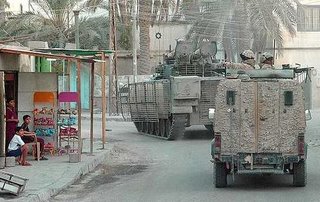 What has also been the case has been that the Army, acutely sensitive about the losses arising from the attacks on "Snatch" Land Rovers, has been taking additional precautions, not least escorting them with Warrior MICVs, thus making them less vulnerable targets. That, and a number of other counter-measures, has made it less likely that Land Rovers would be attacked, but has not diminished overall the chances that attacks of some description would be made. 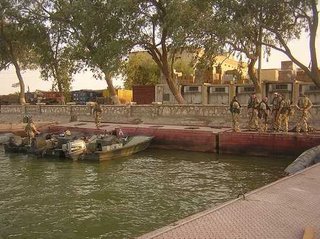 Turning to Sunday's bombing incident, we now know that – contrary to one early report – just one boat was involved. We now know also that it was a "Rigid Raider", one of several based at the Army base at Shatt Al-Arab Hotel (pictured).

But what shrieks out from the MoD report is that this boat was on a routine patrol. And you do not have to be a security expert to know that, in protecting yourself from targeted terrorist attacks, the one thing that must be avoided wherever possible is routine. Many of us have heard experts – right through the sixties, seventies and eighties in respect of the IRA campaign – drone on about varying times and routes, to the point that it has become part of our own normal background knowledge. 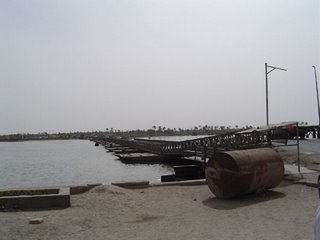 What we also now know is that any craft to the south of the Shatt Al-Arab Hotel base would have to negotiate a pontoon bridge, through which it seems the Rigid Raiders must have routinely passaged. And it was here that a bomb was waiting, detonated as far as we know, by remote control – which suggests that there may have been an observer watching the craft. We have not been able to find a published still photograph of the bomb site, although the Telegraph had put up some video footage. However, the paper's management is so anal about bloggers downloading its output that we have not used it. Undaunted, we have found a picture (right) of what looks to be the pontoon bridge (we think from the opposite bank).

Nevertheless, despite the general injunction about routine, there is some suggestion that this particular patrol had to be at this place at the time it was. And it seems the insurgents might have known for weeks in advance that the pontoon bridge would have a heavy British presence "as it does every Sunday" when it is opened to let large river traffic through. They would have had plenty of time to plant a device.

On this basis, the author of this assertion thus argues that the bombing was:

…another lesson that whether they (troops) are on foot, in vehicles, in the air or on the water they will continue to be vulnerable targets until the terrorists are removed from the city.

This is far too passive. If a procedure has unavoidably to be adopted routinely, then there are two other safeguards. Firstly, any areas where a boat might be particularly vulnerable should be searched by land patrols, carrying out the well-known and entirely routine practice known as "route proving". 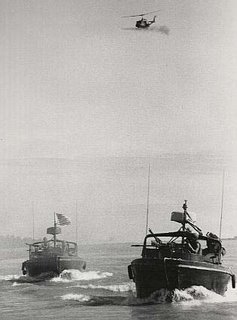 Then, looking at more general issue of how inland "riverine" patrols should be organised, we have revisited the Vietnam campaign, where the US acquired considerable experience in the use of small vessels in hostile territory. And what is particularly interesting is that, in setting up patrol formations, the US equipped them with their own organic attack helicopters, which became an integral part of the operation. Thus a contemporary source records:

A key component of the Game Warden operation was its air support element. Initially, the Army deployed detachments of two UH-1B Iroquois helicopters and their crews to PBR bases and river-based LSTs. Beginning in August 1966, however, air crews from the Navy's Helicopter Support Squadron 1 replaced the Army personnel. Then on 1 April 1967, the Navy activated Helicopter Attack (Light) Squadron (HAL) 3 at Vung Tau with responsibility for providing Task Force 116 with aerial fire support, observation, and medical evacuation. By September 1968, the 421-man "Seawolf" squadron controlled detachments of two helicopters each at Nha Be, Binh Thuy, Dong Tom, Rach Gia, Vinh Long, and on board three LSTs stationed in the larger rivers of the Mekong Delta. The Bell UH-1B "Hueys," armed variously with 2.75-inch rockets; .50-caliber, 60-millimeter, and 7.62-millimeter machine guns; grenades; and small arms, were a powerful and mobile complement to the Game Warden surface units.

As always, therefore, we are back to resources. Irrespective of the specific cause of this incident, there is a very strong case for arguing that small patrol baots should not operate without their own air support.

In arguing for more helicopters, we have been participating in a debate on the aviation forum pprune but, we are told by someone who looks like he knows what he is talking about, the crux of the problem is that "money is too tight" even for our suggested option, "cheap and cheerful" solutions.

If this is really the case, then it is scandalous, especially in the context of £8.8 billion having been lost from the defence budget on wasted or useless European projects.

We, of course, could not begin to suggest that the European experiment has cost lives. That would be exploiting the deaths of our troops for political ends, which only the anti-war movement is allowed to do. But it does seem that this government, for all its fine talk, is prepared to allow troops to die for want of the proper equipment. That truly makes for squandered lives.