God is on our side! 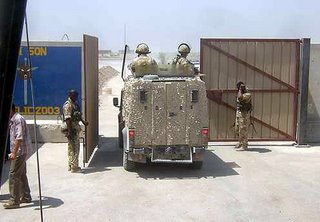 Well, a Roman Catholic bishop – which amounts to the same thing, I suppose.

Taking time off from plotting the expansion of the European Union – and no doubt from working on his plans for the European Rapid Reaction Force - the Rt Rev Tom Burns, the catholic bishop of the forces, warned the government yesterday that it was "morally reprehensible" to fail to provide British troops in Iraq and Afghanistan with proper equipment.

This is according to The Daily Telegraph which cites the bishop as saying that British servicemen and women had a "right" to be adequately armed, supplied and reinforced.

Burns's comments have also been included in a letter to be sent to all catholics in the forces to mark Remembrance Sunday, and comes after military personnel and their families had expressed their concerns to him. He writes that troops had to be re-assured they were valued and to know "none of their superiors will ever lack the moral fibre to stand by them". 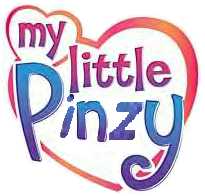 "Force strengths have to be sufficient; strategies realistic; supplies adequate; equipment appropriate, and apparel proper to the task in hand," he wrote. "Delay has no excuse. All improvements are welcome. These things are owed to our servicemen and women as of right. They are inherent parts of the job that they are asked to do. Anything less risks lives and is morally reprehensible."

According to the Telegraph's story, servicemen and women are understood to have told the bishop they often have worse equipment than colleagues from other countries and do not have sufficient numbers to counter insurgents in Iraq and Afghanistan.

The bishop's intervention is good news and re-states a very simple principle. Basically, where we as a nation (whether we agree with it or not) send men and women out to die for us in a war, we are morally bound to ensure that they are properly equipped. 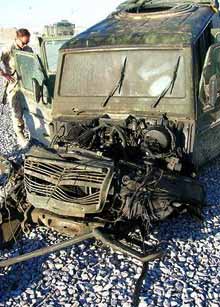 Furthermore, since members of our armed forces are limited in their freedom of speech and do not have the right to pick and choose their orders, they are not in a position to argue the case for more and better equipment. It is thus incumbent on the media and Parliament to fight for them and to ensure the government does look after our people on the front line.

What is happening though is that both the media and Parliament are doing a poor job – the Telegraph itself illustrating its own inadequacy in the very article it publishes about the bishop. Written by Jonathan Petre, the religion correspondent, and George Jones, the political editor, they say:

The number of British troops killed in Iraq since March 2003 reached 120 last Friday and they include at least 20 who have been died while on patrol in softly-armoured Land Rovers, or "snatch vehicles", which cannot withstand blasts from increasingly sophisticated bombs.

Des Browne, the Defence Secretary, has announced that 300 tougher armoured vehicles will be purchased for use in Iraq and Afghanistan but they will not be available until the end of the year… 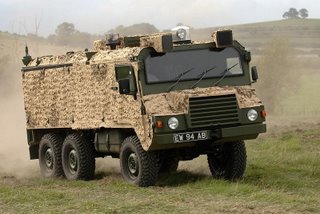 It is that last sentence which is particularly objectionable, exactly the same mindless phraseology used before by the newspaper and by the Mail on Sunday and The Guardian, all illustrating the uncritical sheep-like mentality of hacks who should know better. Des Browne has said they are "tougher" and the mindless morons imbibe the word with the same enthusiasm of a day-old baby drinking mother's milk, uttering not a word against the Pinzgauer that is giving this blog so much concern.

The Telegraph compounds its error with a dire leader on yesterday’s debate, pontificating that: "An inquiry must be held into Iraq war". "After the Falklands War," it says,

…the Franks Committee, comprising six Privy Counsellors sitting in private, reviewed events leading up to the Argentine invasion of April 1982; among those who gave evidence was the then Prime Minister, Margaret Thatcher. The far more portentous invasion and occupation of Iraq calls for a commensurate response.

Mr Blair's amour-propre should not be allowed to stifle properly informed debate on the heart of British foreign policy. 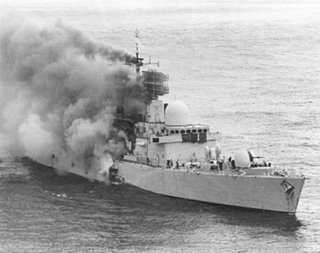 But, as we all know, the Franks Committee sat after the Falklands War had been won. In Iraq, the war is still being waged and – in our view – badly. What is needed, therefore, is a properly informed debate on the prosecution of the war, something which the Telegraph, in its puerile, facile way, has so far shown itself incapable of conducting.

That, of course, leaves the bloggers to take up the slack, with many of the so-called political bloggers laying claim to replacing the MSM as the true representatives of the people. This is what I was getting at in September but few have risen to the challenge. Not a few spluttered with indignation at the very thought that someone might actually question their performance.