All we hear is silence

This particular piece by Thomas Harding is headed, "Southern Iraq approaches the tipping point" but today the Telegraph excels itself by adding another stupid piece written by this blog's favourite village idiot, none other than Boris Johnson. Between the pair of them, they typify all that is wrong with modern journalism and demonstrate why we are not going to sort ourselves out until morons like this are no longer given space to air their vacuous views.

We need not detain ourselves with Johnson at the moment. In a truly vacuous piece, he informs us that we have already lost the battle – heedless of the fact that it is still in the balance. That is left to the brainless Harding to evaluate and he starts his piece with a bit of lurid prose:

Sheltering under a table on the dining room floor of Basra Palace with 200 soldiers, seconds after a mortar round had been 10ft away from penetrating the roof and causing carnage, it would have been difficult to argue that the British Army was making progress in Iraq…

… From dawn till dusk we had been rocketed or mortared 15 times in Basra Palace — one of the two main British barracks in the southern Iraq capital. There was the usual fear and thrill of coming under enemy fire but that was just for 12 hours and by the evening the novelty was beginning to tire.

Harding actually uses this as a launch pad to argue, as his title implies, that southern Iraq is at a "tipping point" with everything being staked on the Army's "Operation Sinbad", and that it could go either way – towards partition and bloody ethnic cleansing or a new "Dubai", a beacon of hope for the rest of the country.

That is actually as far as need to go for, right up front – without Harding even beginning to understand it – is the very reason that "Operation Sinbad" is failing and is going to end up in failure. If the Army cannot even secure its own headquarters, and is suffering continued mortar attacks of the nature described by Harding – having already deserted its bases at Abu Naji for the same reason – while civilians are being evacuated from Basra Palace, then this is not an organisation which has the situation under control. It has no credibility and is not going to succeed.

Think about it. This is not rocket science. If the Army cannot even secure its own headquarters, the chances of it securing the rest of the province is exactly nil. As soon as it walks away, the militias will take over.

Turning it round, we are continuing to struggle to find reasons why this problem is not dealt with. As we have pointed out, responding to mortar attacks is not technically difficult. 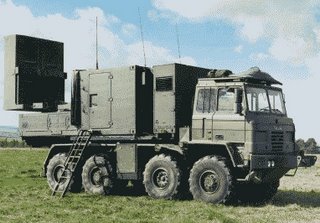 In the first instance, the Army needs counter-battery radar but, as we have, already established, this equipment is available in the form of the Mamba, and it works. If this is not sufficient, then there is also Cobra (illustrated), bought recently at great expense.

With this equipment, we know that a mortar can be detected within seconds of it being fired, before its first bomb has landed. As we also know, though, a team can be away within minutes, long before a ground patrol can arrive at the firing point. Therefore, it should go without saying that, at the very least, we need helicopters. Unmanned aerial vehicles would be nice – and more economic - but not absolutely essential. But without helicopters, there is no game. 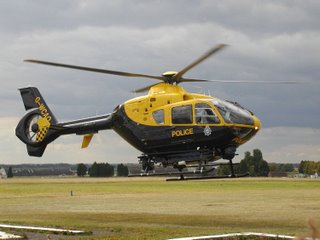 Now, in the UK, there are only three of the 40 police forces that do not have helicopters. Even Surrey, with an area of 1,663 square kilometers, has its own machine, like the one illustrated here. And there – as far as we know – there is no shooting war. The Constabulary enjoys one of the lowest crime rates in England.

Yet, in Basra province, the Army is supposed to support police functions and suppress an insurgency in an area of 19,070 square kilometers – more than ten times the size of Surrey, with an estimated population of about 2,600,000 people. To do that, it has available to it a mere six Lynx helicopters, which also have to carry out multiple other functions. In effect, the Army is being asked to do a job with less equivalent resource than the chief constable of Surrey.

This brings us back to Boris Johnson. As we have pointed out before – and as he keeps reminding us – he is a Member of Parliament. And while some doubtless will be entertained by his vacuous outpourings, I cannot find any trace of evidence that suggests that he has ever explored the technical issues involved in fighting and defeating an insurgency.

Instead of mouthing off, is that not what he should have been doing? As it is, with his demonstrable lack of knowledge, who is he to pontificate on whether we have won or lost? 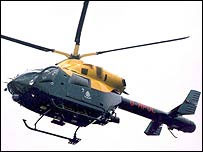 But that leaves us with the ultimate puzzle. Although it is not possible to say that, with the right number of helicopters, the insurgency in southern Iraq can be defeated, there can be no doubt at all that, without them, it cannot. And, at current rates, £4 million buys you a state-of-the art MD Explorer (illustrated) or equivalent, equipped with the very latest in surveillance equipment. All you have to do is paint it green.

The puzzle is: where is the clamour? Where is the media – the likes of Thomas Harding? Where are the Parliamentarians – the likes of Boris Johnson? And where, for that matter, is the blogosphere? On this substantive issue, all we hear is silence.