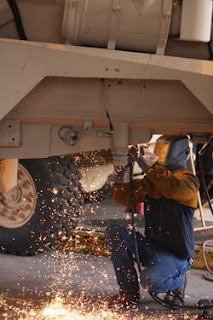 Through the many years we have campaigned for improved protected vehicles for British forces, what has been most remarkable has been the negativity of the response, not least from the military.

Far from embracing the idea, we find most commonly that commentators go out of their way to dredge up reasons why better vehicles cannot be used and, when we address their arguments, we so often find that detractors simply come back with more and different reasons.

Not least of the reasons offered is the relatively poor off-road performance, a hardly surprising deficiency when the current generation of MRAPs was primarily designed for road use. If anything, the surprise has been how well they have performed when they are used way beyond their original design specifications.

Nevertheless, when the Mastiff was exposed to the rugged terrain of Afghanistan, it suffered considerable problems, with breakage of axles and springs (and problems acquiring sufficient spares).

This led to the production of the Mastiff 2 with improved axles and suspension. Although this resolves the immediate reliability problems, it does little to enhance off-road performance. 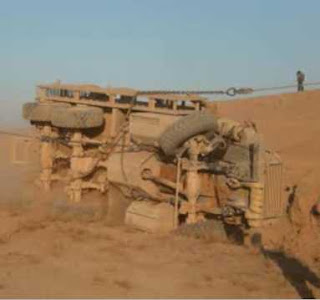 In sharp contrast to the whingeing Brits, however, US forces have displayed an altogether more robust response to the problem. Currently in progress is a DoD partnership with Force Protection Inc and the Oshkosh Truck Corp to modify Cougars, adding new independent suspension and central tyre inflation systems.

This virtually eliminates the same reliability problems experienced with the Mastiff but will also greatly improve mobility. It is also anticipated that the conversion will reduce roll-over incidents dangers because the suspension eliminates stress concentrated in one area and distributes the weight more evenly.

Conversion takes approximately six to seven days and the first batch is being used also to teach military mechanics the process so that modifications can be carried out in the field. And such is the "can do" attitude of the Americans that by the end of the year, 700 modified MRAP vehicles will be despatched to Afghanistan, Kuwait and Iraq.

Meanwhile, our newly appointed defence secretary will, no doubt, be extolling the virtues of the Jackal and repeating the mantra about the need for high mobility at the expense of protection – a further step down the road towards becoming a can't do nation.