Would you send used Land Rovers into this? 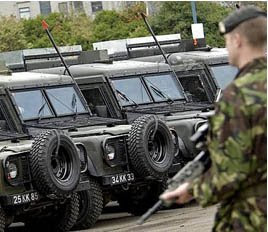 I have been working on an idea for a book on the "Snatch" Land Rover. If anyone is interested, the draft of the second chapter is posted here.

This deals with the four months from the end of May 2003, when hostilities officially ended, to the beginning of September when the situation had clearly deteriorated and the decision have been made to send in "Snatch" Land Rovers to assist the troops. Given that the vehicle was intended for patrolling in low risk environment, the question is asked whether they should have been sent at all.

The segement is long (8,500 words), but comments and any additional information would be appreciated.