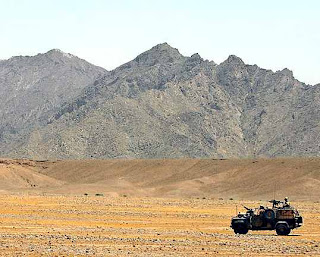 It was interesting to see, this morning, The Daily Telegraph pick up on the shortage of combat vehicles in Afghanistan, in a piece by Tom Coghlan in Kabul and Thomas Harding.

The piece itself could invite a sour note from us, as we dealt with this issue on 19 April and the specialist media has been on to the issue much earlier, also pointing out that this problem is affecting all the Nato forces.

However, the newspaper can be applauded on the basis of being better late than never, although the story is no mere catch-up. It does take the issue further forward, actually providing figures, which we have not yet seen. Apparently, a fifth of the 126 Wimiks in Afghanistan are not working and, in addition – another interesting detail - a large number of Land Rovers have been lost to mine strikes.

The Army has been losing an average of one Wimik per week in Helmand and, last month, the Marines of 42 Commando lost four vehicles in a single day during an advance on Sangin. All were the victims of mine strikes. One of the Wimiks blew up directly in front of our vehicle, sending a plume of black smoke rolling skyward and pieces of vehicle and equipment 50 yard into the air. Says the paper, though three men were injured and the top gunner landed 15 yards away, the reinforced armour on the vehicle's underside saved their lives. 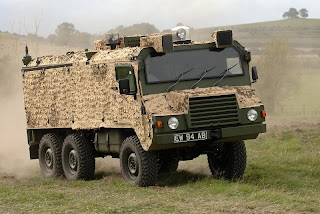 That mines are such a significant problem certainly does reaffirm our concern about the deployment of the Pinzgauer Vector (pictured) in theatre. A more unsuitable – and dangerous – vehicle it would be hard to imagine. And, of course, if the Army had been using Cougar mine protected vehicles – or even RG-31s – the likelihood is that no vehicles would have been lost and the men reported injured would have escaped unhurt.

Nevertheless, the paper offers the narrative that "huge demands" are made on equipment in Afghanistan, with engineers toiling daily to replace thrown tank tracks, burnt-out engines and clogged filters on Scimitar and Spartan "tanks" (the Spartans are APCs). On average, it says, there are one to two breakdowns a day in a squadron, "though perversely the antiquity of the tanks make them relatively simple to fix."

This is precisely the point Ann Winterton has been making in her two speeches in the Commons (here and here), stressing the need for equipment which is less complicated and easier to maintain. There is no point in having the most sophisticated kit in the world if it spends most of its time in the workshop. 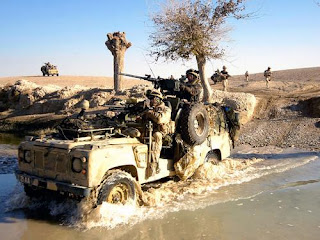 That point, though, is lost on the Telegraph which talks up the virtues of the Land Rover "Wimiks". In fact, although popular with the troops – appealing to "boy racer" tendency, it is a ridiculous vehicle. Built to the latest European automotive standards, it is difficult to maintain, requiring many complex spare parts and specialist tools. It is also top heavy – especially with the weapons kit - and vehicles are constantly being overturned. 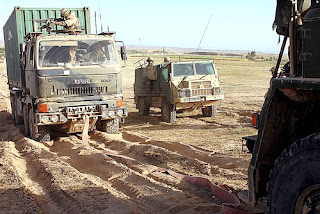 Crucially, also, the track is far too narrow. Where, as is so often the case, it is sharing unmade roads with lorries, their wider track carves out ruts which the Land Rover cannot fit. The vehicle is force to ride with the wheels on one side on the ruts and the other on the raised part of the road, a hair-raising experience which exacerbates the tendency to roll.

This reminds me of that ill-fated project of the 1970s, the Africar (pictured). This was the idea of Tony Howarth, an English photo-journalist who sought to build a car that could cope with the notoriously bad roads of Africa and which could be maintained using the simplest of tools and the most basic of materials. And one of the features was that it has the same track-width as a truck, allowing it to mix freely with heavy traffic on unmade roads. 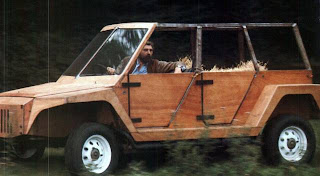 It is that sort of thinking that the Army chiefs need to be focusing on. The kit carried can be sophisticated, but there is no reason why the platform should be complicated.

What price then the final part of the Telegraph article which has Lt Col Charlie Mayo, the military spokesman in Helmand, saying, "Our achievements against the Taliban show that British troops are not only among the best in the world but also among the best equipped." If he really believes that, we are in bigger trouble than I thought.