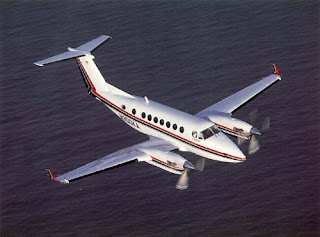 Not a week goes by now without some media speculation that Gordon Brown is poised to withdraw British forces from Iraq. First it was The Times, then – last week – it was The Sunday Telegraph and, this week, it is the turn of the Sunday Times defence correspondent, Mick Smith.

He is retailing the fears of unnamed (as usual) "senior army officers" that Gordon Brown is going to cut the number of troops in Iraq to such a low level that their effectiveness is jeopardised and lives are endangered. They say, or so Smith tells us, it is clear Brown is preparing to speed up the pull-out to draw a symbolic line under the Blair era.

Against such speculation, however, there are consistent denials from "sources close to Brown", but that would only be expected even if the intention to withdraw was firm policy.

On the other hand, what might be a more reliable pointer to Brown's intentions is the report from DefenseNews that the Army is about to take delivery of a "small number" of US-built fixed-wing surveillance aircraft.

The point here, of course, is that these aircraft are primarily intended for deployment in (relatively) benign airspace, which means they are tools specifically designed for counter-insurgency operations. It stands to reason, therefore, that Brown – as chancellor – would hardly be authorising such expenditure if he intended to cut short Britain's deployment in Iraq. 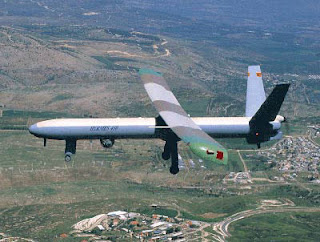 Furthermore, the expenditure does not stop there. Rather than wait for the completion of the Watchkeeper UAV programme, not scheduled to begin deliveries until 2010, replacing the disastrous Phoenix UAV, the Army is deploying a new fleet of Elbit Systems' Hermes 450 tactical UAVs, purchased as an urgent operational requirement.

With the reported extension of the MPPV programme and other as yet unannounced equipment programmes, the indications are that the British government has been re-framing its procurement priorities and is showing a new commitment to fighting (and winning) its counter-insurgency campaigns.

Clearly unaware of this, The Times's Mick Smith records the woes of (another) unnamed officer, who complains that, "We are sitting ducks and have very little in the way of resources to react … If we mount an operation to deter a mortar attack it takes an entire battle group and ties up all our people … Any further reductions in numbers would leave British troops hanging onto Basra by our finger tips".

Smith believes that this danger has been illustrated this weekend by continuing battles between British forces and fighters from the Mahdi army militia. These follow reports that British and Iraqi forces killed the Basra commander of Moqtada al-Sadr's Mahdi Army on Friday, after al-Sadr made a re-appearance in Iraq the same day.

But our man neglects two things. Firstly, the initial action was carried out jointly between British and Iraqi forces – with the British acting as "advisors". This would seem to confirm the growing confidence and capability of the Iraqi 10th Division, reducing the need for the direct involvement of large numbers of British troops.

Secondly, while, in the past, it has been necessary to field full battle groups to carry out even quite minor operations - such as the extraordinary operation last December, where tanks, armoured vehicles and 1000 men were deployed to capture five "terrorist leaders", these operations have been conducted without the high-tech capability that is now becoming available.

With better real-time intelligence and the other equipment that is coming on stream, and the support of the 10th Division, such mass raids – never desirable for the message they send out – will be less necessary than they were. The Army will, at last, have acquired the capability to fight "smarter".

From a political stance, this is going to have even more interesting implications. The Conservatives, to date, have relied entirely on their mantras, "overstretch" and "under-resourcing", to focus their attack on the government. But, with none of the current programmes officially announced, Brown, on assuming office as prime minister, is going to be able to unveil a significant increase in defence spending – all of it off-budget, representing real money – and a significant enhancement in capabilities.

Unless they are more astute than they have so far been, it looks as if the Opposition is going to be wrong-footed, leaving Brown occupying the political high ground on an issue which has, traditionally, been occupied by the Conservatives.