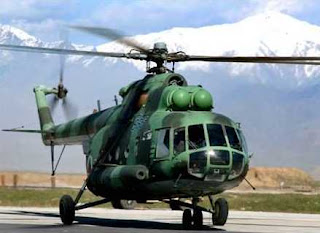 A report carried by Defence Talk tells us that the Afghan army air corps is going through rapid growth, but it will take eight years for the force to be self-sustaining and independent.

This is from Brig Gen Jay H Lindell, commander of the Combined Air Power Transition Force in Kabul, who told reporters via video-teleconference that the air corps has doubled its capability since October and that he expects it to double again in the next six months.

He has 133 US military personnel helping the Afghan National Army establish the air corps. Ultimately, he says, the force will have 112 aircraft and 7,400 members. It now has 1,950 members, about 180 of them pilots.

This is the good news, but the bad news is that the priority is being given to building the “air mobility aspect” of the air corps, concentrating on acquiring and integrating Mi-17 and Mi-35 helicopters (strangely because these are "Hind" attack helicopters), Antonov transports and C-27A Spartan transport aircraft. There is no mention and apparently no intention of developing an offensive capability, such as the provision of aircraft capable of close air support for ground operations, which is currently the domain of coalition forces.

In a recent paper produced from a seminar held by the (US) Air Force University, however (frustratingly, we can no longer find the link), the role of "host nations" in counter-insurgency was explored. The conclusion was that the quickest way for the USAF (and the United States in general) to extract itself from the campaigns in Iraq and Afghanistan was to build up host nation air power, so that indigenous air forces could take the load from the foreign powers.

Recognising that the high-tech fast jets currently used by developed nations for CAS were too complex for host nation air forces to operate, the authors went on to suggest that the USAF should operate low-tech (relatively) CAS squadrons for use in COIN. These could encourage the host nations to acquire a similar capability, they would provide a reservoir of expertise in the USAF which could be passed on, and would provide a training resource into which the host nations could tap. 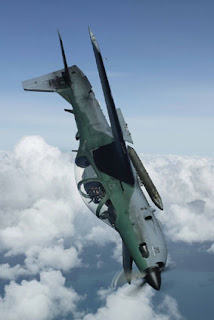 This line of reasoning makes such eminent sense that we can only wonder why it has not been articulated before (redolent as it is of the US "Vietnamisation" policy during the VietNam conflict). It is also the best possible argument for coalition air forces acquiring fixed wing aircraft such as the Super Tucano, which are already on order for the Iraqi Air Force.

Putting this in the national perspective, although the Harrier squadron in Afghanistan is undoubtedly doing sterling work – soon to be augmented by a Eurofighter detachment – the RAF offensive effort is doing very little to develop the Afghan national capabilities, unlike the Army which is not only providing mentors for ANA forces but also integrating its formations into their own.

It does add "legs" to the argument for Super Tucanos, therefore, if it is suggested that the RAF should operate a squadron of these machines, into which Afghan pilots could be integrated, thus acquiring experience under controlled conditions, before moving over to form their own independent squadrons which could gradually take the load off the coalition forces.

If it is going to take eight years for the Afghan army air corps just to develop its "air mobility" capability, and the USAF thinkers are right that we will never be able to leave until the Afghanis have developed their own offensive forces, then we are going to be there an awful long time unless we do start thinking how to speed up the process. Per ardua ad exitum, as they say.