Billions more down the drain? 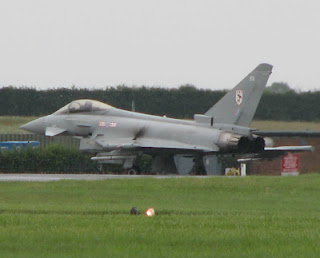 Already one of the most expensive procurement projects in British history, the Eurofighter, we are told, is set to cost hard-pressed taxpayers even more.

Focus cites as its source a letter from Eurofighter-GmbH, the German branch of the consortium, addressed to Germany's defence ministry stating that the cost of developing the military jet had increased due to certain "systems" and other modernisation.

Quite what that means is anyone's guess but, with several nations already itching to cancel tranche 3 - which will cost the MoD £5 billion if it goes ahead – the future of this aircraft must again be under careful scrutiny.