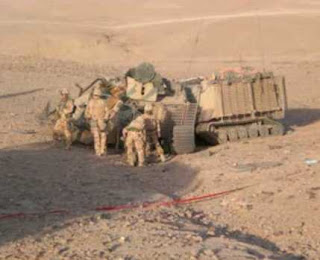 There is something particularly loathesome about the cheap journalism in which The Sun indulges, exploiting as it has done the latest death of a soldier in Afghanistan by turning it into a soap opera tragedy. This is the death of Marine Corporal Rob Deering, who was named yesterday after he had been killed on Sunday morning by an explosive device.

As this paper would have it, under the banner headline "Brave Marine killed in dash to save pals", "Courageous Corporal Rob Deering was killed when he rushed to help wounded pals in Afghanistan."

We are thus told that, "A booby trap exploded as the Royal Marine dashed to a personnel carrier wrecked by a bomb moments earlier. His three comrades inside their armoured Viking all survived the attack in Lashkar Gah, Helmand, on Sunday."

The bulk of the other media reports are little more informative, most relying on an edited version of the MoD press release, doing their usual, lazy cut-and-paste job, filling space and going through the motions.

For once though, the details are there in the MoD release, there for anyone with wits enough to read between the lines, and do a bit of research. 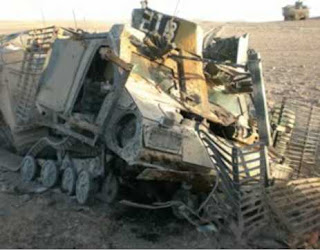 Yet, the only journalist to have done an intelligent piece of writing on this tragedy is Thomas Harding of The Daily Telegraph, pointing out a worrying and potentially dangerous development in the way Corporal Deering was killed.

It very much appears that the Taleban used a tactic often employed by the Provisional IRA - a "come on" device in which two bombs are placed in the same spot.

Thus when, on Sunday morning the Viking armoured personnel carrier was caught in an explosion outside the town of Lashkar Gah injuring three and disabling the vehicle, Cpl Deering dismounted from his own Viking and approached the stricken vehicle to assess the damage. A second device went off killing him instantly. 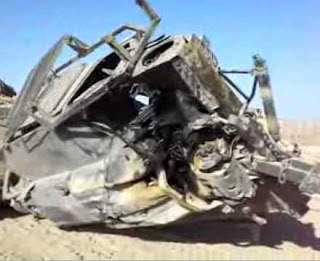 The tactic, writes Harding, shows that the Taliban are now capable of not only defeating the armour of the Vikings but are also aware of the British tactics in dealing with disabled vehicles. It appears that the second device was deliberately planted to target troops who would have to deal with the damaged vehicle.

This is the first time we have seen in the public domain any record of the Taleban using such sophisticated tactics. With their ability, almost at will, to take out an increasing range of our vehicles - this is the sixth soldier to be killed as a result of enemy action against Vikings – this makes for a very serious situation.

At the heart of the problem, of course, is the dangerous vulnerability of the Viking – something which should have been obvious at the time it was considered for deployment. Whatever advantages offered in terms of tactical mobility, through the superb off-road performance of this machine, is lost as a result of its pitifully inadequate protection from mines and IEDs.

The pictures show a Viking which has suffered an IED/mine hit in Afghanistan and, as you can see, the explosion has punched a hole clean through the base and wrecked the vehicle. We have no further details, but it does not seem possible that all the crew survived.

Yet, our military geniuses – and the defence contractors who are only too keen to sell their highly priced mobile coffins – seem incapable of predicting the obvious, and are content to let men die wholly unnecessarily rather than provide them with the vehicles they need to protect them.

In January of this year, I wrote a piece pointing out that there was a serious gap in the market, with the absence of a mine-protected tracked vehicle for Afghanistan.

I also pointed out that the 50s vintage M48 US tank embodied the elements of mine protection, with a v-shaped hull design, built after the recent experience of WWII when the mine had been a major killer of men. But, so far has military science progressed that our current batch of geniuses believe they can ignore the lessons of the past, optimising vehicle designs for ballistic protection and low profile, the latter ensuring the current fashion in vehicle design is for sleek, flat hull bases.

Inconveniently, the insurgents of Iraq and now Afghanistan have not been impressed with our designers' ideas of what constitute ideal armoured vehicles and have been unsporting enough to exploit their weaknesses. 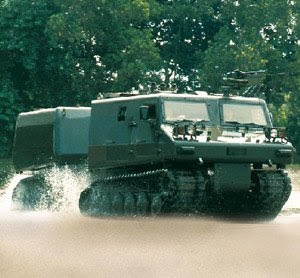 Harding noted that commanders are attempting rapidly to get a more robust vehicle into service. This is the Warthog (pictured), much lauded by the MoD, just as they puffed the Viking when it was introduced, telling us how it was "saving lives".

Now that the Viking is to be withdrawn as dangerous, relegated to training duties, you might have thought that our military geniuses might have actually learned something from the experience of killing so many men. But no! This is the British Army and the MoD we are talking about. They know everything, so they do not need to learn lessons.

Thus, in the Warthog, they have bought … a bigger version of what amounts to a Viking. Built in Singapore rather than by BAE systems, it still has the flat hull base profile. The bigger machine, with more power, however, allows it to carry more weight, so these geniuses have done exactly what they are doing with the Snatch – bolting on more armour.

But, as we said with the Jackal – which also has a flat hull base – a hog with lipstick is still a hog. For sure, extra armour adds a little protection, but very little indeed as the Army found recently with the up-armoured Warrior.

The worst of it is that, even if there is no hull breach, when hit by an explosive, the force can turn the vehicle over, which can be as lethal as the blast effect. Furthermore, the blast effect alone, in imparting massive g-forces, can also be lethal.

Either which way, the Warthog is not great improvement and represents another lost opportunity. Sadly, we gave away the protection technology to the US and now buy wheeled vehicles back from them, in the form of the Mastiff and the Ridgeback. Yet there must be significant commercial market for a mine protected tracked military vehicle.

A sensible MoD would by now be commissioning designs for such a vehicle, which would give us a tactical and commercial edge which could earn our hard-pressed defence industry billions.

As it is, when the Army and the MoD have allowed a few more men to die and are casting around for a replacement for the Bronco, we can only hope that Force Protection, which produces our current range of mine protected vehicles, will have been able to design a tracked vehicle which will keep our men safe.

Of one thing we can be sure though. Our geniuses will not do it. It appears they would rather see men die than use their brains. They would sooner kill than cure.