The Army has spoken 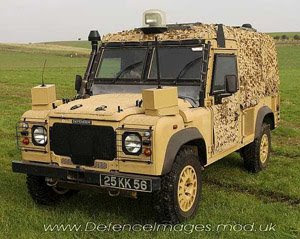 Picked up early by The Daily Telegraph today was a statement to be delivered by defence secretary John Hutton on the continued use of the Snatch Land Rover in Afghanistan.

Correctly forecast – and now retailed by the BBC - Hutton was to say in a written statement to MPs that "The clear advice to me from military operational commanders, unanimously endorsed by the Chiefs of Staff, is that Snatch remains essential to the success for our operations in both Iraq and Afghanistan.”

In the text of the statement, he declares that, "In the light of this authoritative assessment, I have decided that it would be inappropriate and unnecessary to conduct an inquiry." Justifying this decision, he adds: "These are matters on which I must rely on the considered judgement of military commanders who have experience of conditions in Iraq and Afghanistan and access to specialised military engineering expertise." 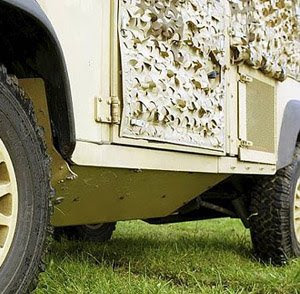 Hutton then said that the Snatch was to be rapidly replaced by, as The Daily Telegraph puts it, "the allegedly more robust Snatch Vixen" (pictured top) of which he claims, there is "no better vehicle in the world" to fulfil the light protected patrol vehicle requirement. The Snatch 2A - the current model - will be reduced in numbers "until it is used only in our camps".

A rationale for the continued use of the Snatch is offered in terms of the military tasks in Afghanistan being "largely ones of counter-insurgency". To achieve their aims, British forces "need to win the support and confidence of local people". This, we are told, "can only be done by face-to-face interaction, demonstrating to the local people that we are working in their interests". 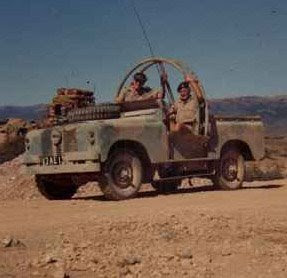 Hutton thus argues that, "Our experience in Iraq and Afghanistan has proven that better armoured vehicles, which tend by definition to be larger and heavier, are viewed by the local population as aggressive and intimidating. Their size and weight means too that they can cause serious damage to roads, buildings, irrigation channels and drainage systems".

All these factors, we are told, "can inflame local opinion against UK troops – working in favour of our enemy and actually increasing the threat levels to our people". Thus:

It is for these reasons that military commanders require a range of vehicles, from which the can choose the best one suited to the required task – and in this context there remains a critical requirement for a Light Protected Patrol Vehicle (LPPV) such as the Snatch Land Rover. Small, mobile and agile, it is ideal for allowing engagement with the local population, often in areas which would be inaccessible to heavier vehicles.

As a small but important point, the secretary of state concedes that "37 servicemen have died in these vehicles or as a result of injuries sustained in them". We had the figure as 38, but that includes Sgt Hickey, who was not actually in a Snatch at the time he was killed. We regard his death as "Snatch-related" but it would not come within the MoD definition. Removal of that puts our figure completely in agreement with the MoD's. We got that one right.

Turning to the substantive issues in the Hutton statement, there are four. Firstly, there is the "hearts and minds" issue, the need for a vehicle which allows "face-to-face" interaction. Secondly, there is the related issue of minimising the military "footprint", reducing damage to roads and infrastructure, and the need for a light agile vehicle to access areas which are closed to heavier vehicles.

Ostensibly, both these are persuasive arguments, but they are also disingenuous. In many of the episodes where we have recorded deaths and injuries, "hearts and minds" were not a factor.

We have seen Snatches being used for such diverse task as convoy escort, and for "fighting patrols" in wide open spaces, where there is no interaction intended, and no likelihood of a heavier vehicle causing either nuisance or damage. In effect, the Snatch has been misused as an armoured fighting vehicle – performing the role that would in past campaigns have been fulfilled by an armoured car. To that extent, the "hearts and minds" requirement is overstated.

But what we have also seen – and this is very much the case in Afghanistan – is that many of the attacks are mounted when units are transiting too, and most often from their area of operations. The most common of these assaults occurs when the unit is on its way back to base, and often when it is not very far from it.

The great danger, therefore is when units are in transit, and it is there that the protection is most often needed. What the military are saying, therefore, is that troops must be put at risk while moving from place to place in order that, when they arrive, they can carry out their duties.

Of the third issue, this is the claim in relation to the Snatch Vixen that there is "no better vehicle in the world" for the light PPV role. Frankly, this is delusional and reflects the classic Army response to a problem vehicle. Given that the Snatch is horribly vulnerable, they have simply bolted more armour on (pictured above right). This is very little different from what they were doing over 40 years ago ... bolting steel plate on the underside of Land Rovers to protect against mines (see above left). In this case, they have also beefed up the vehicle so that it can carry the extra weight. And that is the best the MoD can offer. 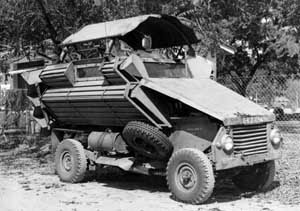 What these "experts" – the same experts that gave us the Jackal - do not seem to be able to understand is that if you take a basically inadequate design, simply adding bits of armour does not confer any significant additional protection.

This was precisely what the Rhodesians found so that, when they converted a Land Rover into a mine protected vehicle, it became the Kudu (pictured left) and looked very different from the Snatch. The Vixen will thus be better than the basic Snatch, but it is a long way from being the "best in the world", and nowhere near the standard of protection the Rhodesians were delivering over thirty years ago.

That brings us to the fourth issue – the inquiry. This had been requested formally by Sue Smith's solicitor and its rejection marks a determination of the MoD to keep some very suspect decisions under wraps.

In the Iraqi campaign particularly, it must have been known by late 2003 that the Snatches could not do the job intended. By the end of 2004, that was abundantly clear and by mid-2006 there can have been no question at all. Yet the Army persevered with this vehicle, also taking it to Afghanistan, where more soldiers died unnecessarily.

We needed an inquiry to find out something of the decision-making process – why the vehicles were introduced in the first place, why the Army persevered with them for so long, after they had been proved dangerously inadequate, and why then it took (and is taking) so long to find a more suitable replacement.

These are issues the Army clearly does not want to discuss in public, which means that it has not yet come to terms with a failure that could well continue and which we are already seeing in the wholly inadequate design of the Jackal, another death in which was seen last week.

Hutton may feel he is entitled to rely on the "considered judgement of military commanders who have experience of conditions in Iraq and Afghanistan and access to specialised military engineering expertise." But if Des Browne had relied on these geniuses, we would not have bought Mastiffs and the Army would have put Pinzgauer Vectors in to Iraq and Afghanistan to replace the Snatch, as originally intended. 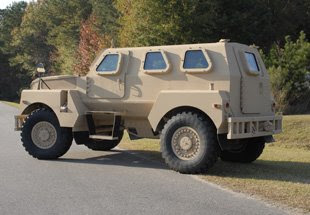 These are the "experts" that got it wrong, and are continuing to get it wrong. And even in the final throes of the Hutton statement they still get it wrong. They tell us that they are "looking to the future" and "anticipating new threats", to which effect they "have begun a programme to develop the next generation of LPPV which will in due course take the place of Snatch Vixen".

But that "next generation" vehicle is already here. It is called the Cheetah (above right), made by the same company which produced the base vehicles for the Mastiff and Ridgeback. Yet the Army which looked at the RG-31 as a replacement for the Snatch and decided it was "too big for Basra" - and then went on to buy the Mastiff which was even bigger - has decided that the Cheetah is "simply too small in terms of capacity".

This is a vehicle that is actually bigger than the Snatch – 14 inches wider and 20 inches longer - yet the Army is saying it is "too small". Never mind that it is designed specifically for urban patrolling or that, with independent suspension, it has been optimised for off-road performance. The Army has spoken.

And that is why we still need an inquiry.