A failure of opposition 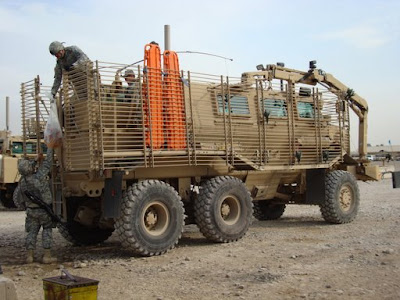 An answer to a routine parliamentary question from Lord Lee of Trafford on 16 October of this year was hardly calculated to excite any great interest. The outcome, however, turned out to be more than unusually interesting and - despite (or because of) the picture illustrated above - has significant lessons for the Conservative Party.

Lord Lee, himself a former Conservative MP, defected to the Liberal Democrats in 2001 and was made a life peer in 2006. He was performing his task as Lib-Dem defence spokesman in the Lords, in which capacity he had asked how much the government expected to spend on urgent operational requirements (UORs) for equipment this year and how much would be spent on each of the 10 largest UORs (the mechanism for rapidly purchasing much needed equipment and bringing it into service).

The answer conveyed very little we did not already know, and gave little indication of how politically significant it would become. The clue – but difficult to fathom - was in item number two on the "top ten" list, described as "Talisman" on which £96 million was to be spent. The only project of that name publicly associated with the MoD, however, was a Royal Navy mine countermeasures project – of not very great interest and of no immediate political importance.

It was therefore not until yesterday that the specialist magazine DefenseNews put two and two together and identified "Talisman" as an entirely new project. That was interesting.

It appeared, said the magazine, to be the MoD intended to buy the Buffalo mine clearance vehicle, so successfully used by US and Canadian forces, in whose hands it had saved many lives. That is "Talisman" and the fact that the MoD is to introduce this life-saving kit is important.

An unknown number of these 40-ton giants, we were told, were to be "rushed into service with the British military in Afghanistan next year," one of "several urgent vehicle purchases intended to increase protection for troops in the increasingly bloody conflict with the Taliban."

By way of detail, we were also told that Britain's Defence Equipment and Support Organisation was in the final stages of negotiating a deal with South Carolina-based Force Protection. An MoD spokeswoman had confirmed talks were under way but had declined to give further details.

The DefenceNews story was then confirmed today by defence secretary John Hutton confirming that the "Talisman" package would include the Buffalo mine-protected vehicle and the Engineer Excavator.

This is extremely welcome news and, if it had come about from successful and intensive lobbying, it would represent something of a victory for its advocates.

Certainly, we have written about it, the first time almost exactly three years ago, when we extolled its virtues and suggested that this was precisely the equipment the British Army needed to buy – which it then showed no signs of doing.

By then, it was already in action in US hands in Iraq and had been introduced to Afghanistan in July 2003. It obviously did good service in Afghanistan as, by March 2008, an article, featuring this and other mine-clearance vehicles, was reporting:

There is no calculating the damage or loss of life mitigated by the removal of the hundreds of mines and IEDs that EROC teams have already discovered in Afghanistan, but they are proud of their work and their contribution to soldiers returning home safely.

As significantly, when in May 2007 the Canadian Army took over a sector which had previously been occupied by the US Army, where it had deployed Buffalo and other specialist vehicles, one of the first things the Canadian command did was order replacement vehicles - including Buffaloes. These arrived the following year and, as we were later to report, were used to very great effect.

Arguably, therefore, with such a glaring gap in the British order of battle, the acquisition of this equipment could have been a prime target for political attention. Its lack could have formed the focus – albeit one of many – on which the Conservative Party could have attacked the government. This, one would have thought, was and is the very meat and drink of the party political system.

Clearly, the Conservatives would have been justified in so doing. The Buffalo is an important weapon in the counterinsurgency campaigns in both Iraq and Afghanistan. Not only is it used by the Americans and the Canadians, it has also been purchased by the French and latterly the Italian Armies. That the British were entirely lacking in such life-saving equipment - while suffering significant casualties from mines and IEDs, against which this vehicle was (and is) intended to protect – did have the makings of a strong political campaign.

Had such a campaign been effective, this equipment maybe would have been procured earlier, possibly saving some lives. In any event, the MoD now having decided to buy it, had the Conservatives earlier demanded precisely that, they could have claimed a moral victory, illustrating their effectiveness as an opposition.

Certainly, this blog and our partner Defence of the Realm had been convinced of the value of the Buffalo. We highlighted it again in June 2006, in December of that year and many times thereafter – some 19 times in all. For the record, copies of some of our posts were sent to the Conservative Party defence team.

When it came to calling for such equipment to be provided, however, the first mention of the "USA Buffalo armoured vehicle" in Parliament came from backbencher Ann Winterton, acting in a "freelance" capacity. She asked in November 2005 whether the department planned to introduce it "for work against roadside explosive devices". The MoD told us that it had "carried out a broad assessment" of the "Buffalo Mine Protected Clearance Vehicle" but had "no current plans" to procure it. 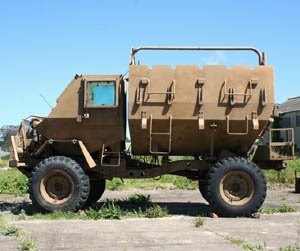 Three months later we got an intervention from an official Conservative spokesman, Gerald Howarth, in February 2006. He asked what assessment the MoD had made of the requirement for "South African manufactured Buffalo" for use in Afghanistan and Iraq. But, from the context and the answer – which referred to the "Buffel" (pictured) – it was evident that he was asking about a completely different vehicle.

In September 2006, Owen Paterson had a go, asking specifically about the Force Protection Buffalo. This was shortly after the announcement on the purchase of Mastiffs and the minister missed the point of the question. He declared that the Cougar (which was to become the Mastiff) was "the vehicle best able to meet our requirements". There was no comparison between the two.

Then, however, we got a most extraordinary intervention from Conservative backbencher Mark Lancaster. Not only an MP, this man is a Major in the Territorial Army. In the summer of 2006, he had been on detachment in Afghanistan. Thus enlightened, on 10 October 2006, he tackled the MoD during a session of the defence committee – of which he was then a member – on the role of the "urgent operational requirement".

Lancaster's concern was that the UOR process could lead to the wrong equipment being bought. The example he chose was:

… the route clearance package, which is a combination of vehicles, American vehicles, Buffalo and Huskies, and they go and clear IEDs off the road. It has come in because the threat is changing in Afghanistan, but when you actually go and talk to the American soldiers using this equipment you discover that one piece of equipment (because this package was designed for Iraq for the nice Tarmaced roads there) is completely unsuitable for Afghanistan …

The route clearing package, he thought, was then subject to a UOR and his information as to its lack of suitability came, apparently, from "the first sergeant who is using this equipment in Kandahar." 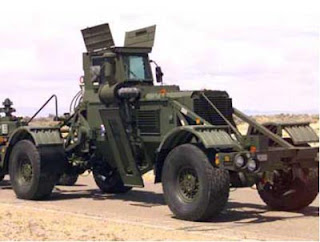 As it turned out, Mr Lancaster was mistaken in more than one way. From a formal MoD response on 28 November 2006, we learned that there was then "no formal UOR for the procurement of either Buffalo or Husky" (the latter pictured). The requirement for a route clearance capability to support current operations was being assessed by the Equipment Capability Manager and, we were told, "this may lead to a UOR in the future if required."

For sure, we know that MRAP vehicles present problems, demonstrating – as with all things – that there is rarely a perfect, single answer to all eventualities, but we also know equipment such as the Husky has a significant off-road capability.

To say that the Conservative Party "missed a trick" is to put it mildly. With the announcement today of an urgent operation requirement, and DefenceNews writing of the equipment being rushed into service, this speaks volumes for the pressing need for this equipment in theatre.

Yet it was raised formally, in Parliament by Ann Winterton nearly three years ago and we know it was being assessed in November 2006 by the MoD – for how long we do not know. Given the now urgent need – which was no different two and three years ago – for "off-the-shelf" equipment that has been in service with the US forces for over five years, why has it taken so scandalously long for the MoD to procure these machines?

Instead, their front-bench team was silent while Mr Lancaster, now a Conservative whip, branded it as "completely unsuitable". So much, incidentally, for "expert" Army officers, doubling as MPs.

As much as is this a measure of the government's failure quickly to bring vital equipment into service, therefore, this is also a failure of the Conservative opposition to recognise the need for it and to press the government for its speedy introduction.

That is but one small example of where the Conservatives so consistently fail as an opposition – to their own disadvantage. They could have been trumpeting a "success". Instead, they have nothing to say. Until they re-learn the art of opposition, there can be little confidence that they are fit for the greater and more demanding task of government.