The changing of the narrative 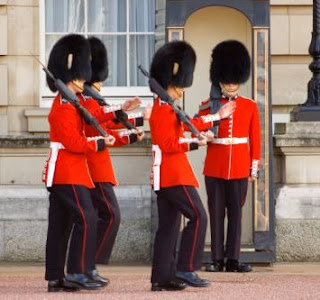 There is something interesting and profoundly important going on when, for the second day running, The Times gives over its front page to a story critical of British military efforts in Afghanistan, plus this story, this and this, making up three pages of coverage, plus another lead editorial on the subject.

The fact of the pieces and their critical line is as important as the detail of what they say – possibly more so. What we are seeing here is a changing of the narrative, or an attempt so to do. Given the low grade of defence journalism in this country, there is no expectation that the new narrative is going to be any better informed than the previous one, but at least it is different from the "underfunding" and "overstretch" mantras that have hitherto dominated the headlines.

Following on from my own piece yesterday, I'd all but forgotten this piece that I wrote in March, remarking on the power the narrative, and the difficulty in changing it.

But, in The Times attempt, at least now there is a grudging and belated recognition that there were "errors all the way down the chain of command". At last, we are getting some serious – if limited – discussion about failures in strategy, with talk of "arrogance in the field", "hubris disguised as confidence", "decisiveness trumping thoughtful caution" and the pursuit of tactical victories "sometimes to the detriment of strategic progress".

One should thus be heartened by the paper's call for "a review that takes in capability, the relationship between politics and military and the conventional wisdom of counter-insurgency", but it is precisely that which this and the rest of the British media has avoided for years, as the debate has raged on the other side of the Atlantic – recorded by our own Defence of the Realm.

And, of course, presiding over the failures in strategy in Afghanistan, from the very beginning until fairly recently, was everyone's poster child, the saintly General Dannatt. No review could take place without re-examining his role in the campaign and, when history comes to be written, his reputation will have to be heavily reconsidered. A lot of clever-dick commentators are going to have to eat humble pie, not that they ever do.

Of those, one should undoubtedly be Patrick Mercer, who has spouted more rubbish than enough, and been right at the forefront of the underfunding mantra. Yet this self-same "renta-mouth" is putting himself up for the chairmanship of the defence committee, saying of the Helmand failings: "I think there should be a very clear inquiry into why senior officers allowed this to happen."

Yet another should be James Arbuthnot, the previous chairman, who has said that if he was re-elected one of his tasks would be to investigate Afghanistan as part of a Strategic Defence Review. He says that The Times investigation would form a "very important crux of such an inquiry", yet this is the man who has consistently shown himself to be part of the problem and fatally compromised by having been a seriously inadequate procurement minister.

Yet, it is a measure of the wonderful "new politics" that the squeaky clean new parliament, given an opportunity to make a fresh start, has re-elected Arbuthnot as defence committee chairman. Committed to the status quo, and never one to pass up the opportunity to grovel to the military brass, here is a man who will ensure that the generals past and present are never brought to account, or even troubled by anything that might embarrass them. A more pathetic start, it would be hard to imagine.

But, with so many having bought into the earlier narrative, it was always going to be difficult to find anyone with clean hands. They will not be found in the military or politics and there are very few in the media, which has been entertaining itself at our expense. One of those few is Simon Jenkins who, in yesterday's Guardian argues for the complete abolition of the British military.

Given its overall incompetence, and the complete inability of the media and the political establishment to exercise any meaningful control over the bloated and useless military bureaucracy and the fantasies of its overpaid generals, it is very hard to disagree with Jenkins. His view may be rhetoric, but if it takes hold and gets the military establishment really worried, it will be no bad thing.