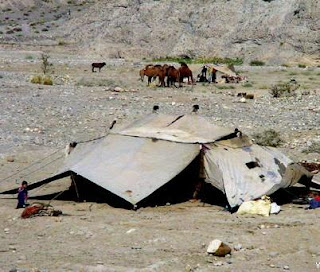 In an attempt to unravel the mind-numbing complexity of the Afghan conflict, at the heart of the "war" is actually a relatively simple – although completely misunderstood – tribal issue, compounded by the tensions between modernity and conservatism.

Simplifying this to the extent that it becomes understandable is perhaps to run the risk of over-simplification and thus distortion, but one has to start somewhere. And that "somewhere" is the historic dispute between the Pashtun Durrani and Ghilzai groups of tribes. Simply to position this as a tribal dispute, however, neither explains it nor does it justice.

The essence of the two tribal groups is that the former are the "settled" tribes – the cultivators, the shopkeepers, the educated middle-class and the administrators. The Ghilzai, on the other hand, are the nomads. Obviously itinerant by nature, they are the roving herdsmen, but also – historically - the raiders, plunderers and the brigands. They owe no loyalty but to themselves, have no code but their own and recognise no government.

Nevertheless, despite their fearsome reputations, the nomadic tribes have traditionally been very much part of the Afghan societal structure and have in the past contributed massively to the economy, rearing the famed fat-tailed (karakul) sheep from which the Astrakhan fur is obtained, on which the wealth of the nation has been built.

What is more, until relatively recently – decades rather than centuries – the two groups of settled and nomadic tribes have co-existed in a curious symbiotic relationship. This has – between the periodic bouts of violence – ensured a relatively peaceful co-operation between the tribes, to their mutual profit.

At this stage, in order to describe the relationship – from the stance of a first-hand observer – one must introduce a complication, one of a series of overlays which are needed to explain the current situation.

The complication is simply that the "settled" and "nomadic" division is not specific to and confined to the Pashtun tribes, but can and does also apply to ethnic groups. Thus, one can see settled Tajik tribes, in their mountainous northern Afghan homelands, inter-relating with ethnically distinct Pashtun nomads who visit their territories.

The relationship was described to me by an academic and researcher who had spent a prolonged period with one of the northern tribes, observing their way of life in the early 1960s. He wrote thus:

The permanent residents of the area were light skinned Farsi speaking Tajiks, followers of the Shia version of Islam. Cheek by jowl with them throughout the summer months lived the more sallow skinned Sunni, Pashtu speaking, nomads. Their main summer encampment, complete with the camels that made their lifestyle possible, lay less than half a mile from the permanent village of Kaujan.

A symbiotic relationship between these peoples had proved productive for generations. The Tajiks and the nomads each gained specific benefits from the cooperation implicit in the situation. The nomads annually brought with them news of the world beyond the valley as well as a variety of trade goods, including precious tools. These were exchanged for wool from the Tajik sheep, for grain grown on the Tajik’s precarious fields and for the surplus livestock that the Tajiks could never hope to feed through the long, bitter and isolated winter months.

The proximity of the two summer settlements was part of a complex illusion for the action in summer was taking place elsewhere. Both communities, in reality, relied on distant but verdant high altitude summer pastures. These appeared and grew daily only as the winter snow slowly melted. As the months progressed and the snow receded the livestock would gradually be pastured at higher and higher altitudes.

This traditional economic pattern depended upon each community establishing, for its shepherds, high altitude summer outposts. It was here that the main summer action took place. Keeping the flocks regularly on the move to avoid over-grazing was no easy task and the elusive snow leopard was a constant threat.

Grazing on the high pastures the sheep of the nomads would gradually accumulate enough fat in their adaptive tails to see them through the dry winter conditions on the plains. As the first autumn snows returned their summer outposts would be dismantled and the flocks would descend. The Pashtun would pack up their tents, gather their children, load their camels and resume their nomadic way of life before the first snows could block the passes. Winding their way slowly down the valley towards the desert margins was their way of escaping the intense cold and the deep winter snows.

In the more remote regions, some of these relationships have survived, but in others they are under threat, if not broken down completely, the effects of which are to an extent fuelling one element of the so-called insurgency.

Here, the fracture lines are not difficult to detect. Firstly, with the Soviet invasion in 1979, the trade in Astrakhan fur collapsed, dropping to about 200,000 skins a year from a pre-invasion figure of three million a year – most of which were exported. At an average cost of US$20 per pelt, the trade had brought in over US$60 million annually. 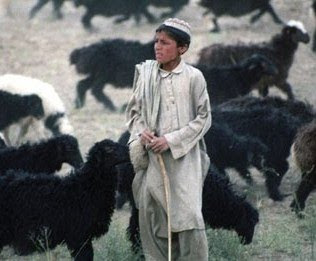 Although the trade has staged a partial recovery, with 536,000 skins exported in 2005, a 42 percent increase on the previous year, current data indicates karakul exports reached only US$10 million in 2007 and then dropped to $8 million in 2008, with a further 20 percent fall in 2009. Furthermore, through changing consumer tastes and lack of investment to modernise production and marketing, pelt prices have declined sharply, from a high of $100 to between $10-20.

As a result of this, nomad communities have been deprived of their economic mainstays, forcing them into lower value husbandry, such as goats and less valuable meat breeds of sheep. This in turn has made alternative occupations, such as opium and hashish trading more attractive, breaking up traditional migration patterns and disrupting their relationships with settled communities.

On the other hand, the conditions of the settled tribes have also changed. With modern technology, even the remotest of communities have some contact with the outside world, through mobile 'phones, radios and increasingly television. Physical trade is a lot easier and the communities have relatively good access to a wider range of consumer goods. And they have better access to markets and are less reliant on the nomads purchasing their agricultural surpluses.

As land utilisation has increased, and agriculture – albeit slowly – has become more intensive, much of the traditional grazing area is no longer accessible to nomads, further breaking established ties. But there was another more sinister reason for reduced accessibility. The indiscriminate use by the Soviets of land mines made many of the grazing areas perilous to use, and was perhaps a major factor in limiting the freedom of movement of the nomads.

Of what was left and is safe to use, the shortage creates a source of friction between the communities as nomads seek to exercise what they regard as established rights. They are often resisted by settled communities and pitched battles have been reported.

There is now added another complication. While the traditional nomads varied greatly in their fortunes, the status was by no means associated with poverty. Some tribes accumulated considerable wealth. However, with the loss of their karakul trade, many communities are struggling. Further, through the disruption of war, a substantial number of settled communities have been dispossessed and have taken up the nomad life.

To a considerable extent, therefore, the purity of the nomad tribes has been diluted and there is now a mixture of ethnic and tribal groups who can be regarded as nomads, the whole acquiring the generic title of "kuchi". Although this stems from an Afghan Persian word meaning "those who go on migrations", it has become a derogatory term which carries a significant social stigma – not dissimilar to the word "gypsy" in Western societies. It is often associated with poverty and deprivation - and lawlessness.

While the ranks of the "kuchi" have thus been swelled by refugees and the dispossessed, other nomads have been forced to abandon their way of life and have been forced either into agricultural or manual labour – tasks traditionally regarded as servile and demeaning – or into urban squats where they survive as street vendors, beggars and casual labourers, on the fringes of existence.

Collectively, this makes for no small problem as there are variously estimated to be between 2.5 and four million kuchi in Afghanistan. Their low status, increasing poverty, their sense of exclusion and the tensions with the settled communities, plus the lack of any effective political voice (although they have reserved ten seats in the parliament), make them ideal recruits for the Taleban and, for that matter, warlords and criminal gangs seeking manpower.

In many ways, the kuchi make perfect "terrorists". Ever-present, they are so much part of the background in rural Afghanistan that they are effectively "invisible". Their way of life legitimises their presence in areas which would otherwise invite suspicion, and they can thus move unchallenged in military-occupied areas.

Where insecurity is rife, the kuchi themselves are more likely to turn to the Taliban for support, not least because they are often harassed and mistreated by the local Afghan police. And with the kuchi thus being associated with the Taliban, they are often treated with suspicion by settled communities and security forces, thus exacerbating already strained relations.

Unwittingly, the coalition may make these problems even worse. Committed to delivering development projects, its representatives are more likely to speak to the representatives of settled tribes, who often have some form of hierarchical governance, and it is to those communities that the bulk of aid and support is directed – which is often of little or no value to the kuchi.

Thus, well-intended aid can have the effect of increasing societal divisions, alienating a group which is most likely to be involved in anti-government activity.

Even when coalition representatives wish to deal with the kuchi, however, they do not find it easy. A feature of nomadic tribes is a truly egalitarian structure, where decisions are made through the medium of shuras (tribal gatherings) but which have no executive authority or chiefs (maliks) to whom authority can be delegated. Deals cannot be made with such groups, and there is no contact point, upon which relationships can be developed.

In this context, even if the Taliban were taken out of the mix, there would still be low-grade and continued violence between the communities, as indeed there already is, which might take on more organised warlike activity of the type associated with the Taliban - of which they have been accused. On the other hand, take the kuchi out of the mix and the Taliban would most probably be deprived of a very substantial pool of recruits.

The "war of the nomads" therefore, is an important, if poorly recognised part of the conflict in Afghanistan. It requires a degree of focus from both the Afghan government and the coalition, and the resolution of the problem will be entirely unaffected by president Obama's surge.