These men should be dead 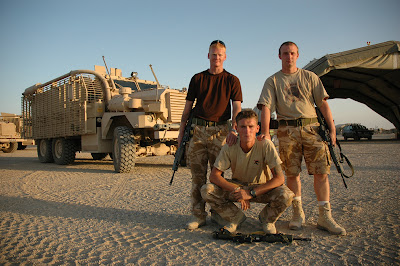 Anyone unfortunate enough to listen to the intolerably smug Eddie Mair on the PM programme yesterday, when he interviewed the forces minister Bob Ainsworth, may have recognised a common BBC technique.

Ostensibly, the interview was about the unfortunate Ben Parkinson. He had suffered terrible injuries when the WIMIK Land Rover in which he had been riding had been hit by a mine, and had since been awarded what was described as "paltry damages".

But, from the way Mair conducted his line of questioning of the minister, it was easy to discern that he wanted one thing – a personal admission from the minister that he thought the level of compensation awarded was "inadequate" – the game here to capture a damaging sound bite that could then be used on subsequent news bulletins, and perhaps be picked up by the print media.

So obsessed with his little game was Mair that he failed to pick up an outrageous assertion made by Ainsworth. The minister had it that the reason soldiers like Ben Parkinson were surviving was "better armoured vehicles", which allowed them to survive when, previously, they would have been killed.

Yet, as even the Daily Mail story made clear, Parkinson was riding in an "unprotected Land Rover". Ainsworth's point, which has some general validity, was wholly untrue in this incident. Had the soldier been riding in a properly protected vehicle, he would have been uninjured, and would still be serving in the Army.

That we can make such an assertion with such confidence stems from a remarkable report in The Northern Echo which features three soldiers (pictured above) who, "owe their lives to a new £500,000 vehicle". They were all in Mastiff armoured personnel carriers when they hit landmines or were attacked by Taliban fighters with rocket-propelled grenades (RPGs).

One solider, Private Stephen Mac-Lauchlan, from York, survived four RPGs hitting his vehicle. One struck the windscreen and exploded, but failed to penetrate the toughened 6in glass. Another hit armour on the side of the vehicle and exploded harmlessly, while the other two hit the fuel tank, but only left it badly dented. Said Pte MacLauchlan, "If I had been in any other armoured personnel carrier, I would almost certainly be dead now."

Pte Lee Ashton, on the other hand, was on a mission to supply food and water to frontline troops, when his vehicle hit an anti-tank mine. He said: "It blew the front tyre off and the wheel arch, but it kept driving. It just felt like we had hit a huge pothole. I only realised we had hit a mine when I saw the tyre was off. A big cloud of dust came in through the vents into the cab. The man on top-cover then shouted that we had hit a mine. "It was a big anti-tank mine and if I had been in any other vehicle, I would probably be dead."

Then there was Pte Lee Jones, 24, from Penrith, Cumbria. He was also in a Mastiff when it hit an anti-tank mine. He said: "There was big explosion and a lot of dust. It lifted the vehicle between seven and 8ft. It was like a car crash. It blew the front wheels off, but this vehicle is brilliant. It saved my life. It has saved a lot of lives."

Even without these accounts, though, we already had good evidence of the life-saving role of these vehicles. Thus armed, I placed a post on the PM blog. It says everything about the BBC that, with now 47 comments posted on the blog, the comment that went against the narrative and pointed out that Mair had failed to task the minister with an obvious untruth, did not get published. Thou shalt not criticise the BBC.

Therein lies the true dereliction of the BBC. Mair had an opportunity to point out that life-saving technology was available and was not used, but squandered it in his attempt to score a cheap point against the minister. Then his dire organisation covers up for him and hides criticism from the public gaze.

Unfortunately, it is not only the Beeb which so singularly fails to hit the mark. A few days ago, the noble Rees Mogg held forth in The Times on the theme," Blood on a budget: our soldiers betrayed". Amongst his priceless observations was this:

Throughout the Iraq war, our Forces have been short of suitable armoured vehicles. For years, the Basra Palace run had to be performed in vulnerable Snatch vehicles; these have only recently been replaced by the Warrior, which is itself vulnerable to roadside bombs. Unlike American vehicles, the Warrior is not air-conditioned and can get unbearably hot in the sun.

The noble Lord is, or course, misinformed. The "Snatch" Land Rovers were not replaced by Warriors but by Mastiffs (which are, incidentally, air-conditioned). The trouble is that there are not enough of them, or their equivalents, so soldiers are still riding and dying in Snatches. Meanwhile, men are also dying or being horribly injured in less protected WIMIK Land Rovers in Afghanistan, and in the equally useless Pinzgauer Vector. 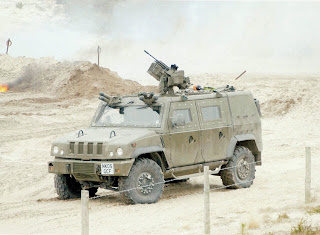 Furthermore, while the noble Lord complains that, "Treasury parsimony can cost lives," somewhere in England there are now stored 401 entirely useless Italian-built Panther Command and Liaison Vehicles. Ordered in November 2003, in preference to the RG-31, this batch was priced at £166 million - equating to £413,000 for each vehicle – a sum that would have bought anther 300 Mastiffs or a greater number of RG-31s. It is by no means only Treasury parsimony that is the problem.

Nevertheless, this does not inhibit Rees Mogg from intoning that, "Soldiers do not object to being sent to war as such. They do object to having to fight without the best equipment and support…". He is partly right, but soldiers also need the support of the media – an informed media.

To be fair, The Sunday Times and The Sunday Telegraph did play their part in bringing the current batch of Mastiffs to theatre. Because of that, three young men who, by their own estimation, should be dead, are now alive. But, if the smug little Eddie Mair's of this world - and the pompous Rees Moggs – did their jobs properly and also supported our troops, there would be more men alive today and even more uninjured.

So it is that this blog, which should be spending its time fighting for an EU referendum, is devoting time and space to this issue. Perforce, we will continue to do so, until this matter is resolved.

Troop photograph copyright: Nigel Green Media. Supplied FOC to this blog, with many thanks.