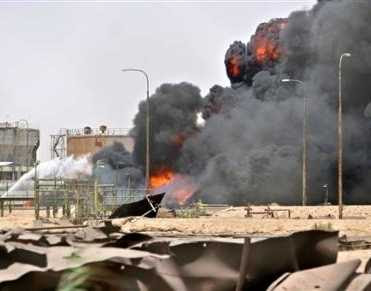 Regular followers of this blog will know that we have carved our something of a niche on defence issues, especially in the procurement field - and we have also followed closely the fate of our forces in Iraq and Afghanistan.

Our attention to these issues have puzzled some readers, who note the incongruity between the blog title and the subject matter. In response, we point to our strap line, which reads: "To discuss issues related to the UK's position in Europe and the world."

One the one hand, however, there is a direct link, in that European defence integration has had a profound effect on the structures and capabilities of our forces, and we have been posting a running commentary on this issue – more so since neither the MSM nor the bulk of our politicians seem to be aware of what is happening here.

That aside, there are nevertheless, few more pressing issues "related to the UK's position in Europe and the world," we believe, than the conduct of our armed forces, their equipment and their successes and failure in those troubled overseas theatres of Iraq and Afghanistan. Whatever views one might have of the validity of sending our forces there in the first place, it was always important that they succeeded, with minimum loss of life.

Yet, despite our keen interest in these issues, our regular followers will also have noted a significant fall-off in our coverage of defence affairs. Part of the reason for that is self-evident.

We have a new EU treaty in the offing and we must give out attention to that. The Iraqis and Afghanis may be fighting for their freedom but we too now have our own battles to fight, for our own freedom. And, while it is not (yet) a shooting war in which we are engaged, a successful outcome is just as important.

But the marked tail-off followed a despairing piece I wrote on 1 July, when it finally dawned on me that this government, and our military brass, were never going to take counter-insurgency seriously, and equip our forces with the means necessary to prevail in the campaigns we are fighting.

Furthermore, as we have seen no end of quite insane procurement decisions, we were coming to the view that the MoD, even if it was willing to prosecute the wars effectively, simply is so incompetent (or corrupt) that it is not capable of so doing.

Thus, I wrote, under the heading, "Let's be done with it", there is little point any longer, it seems to me, in our fighting a battle to ensure that our troops are properly equipped to fight real wars. Our hearts are not in it. Let's be done with it. Bring them home, to where the fight for our own sovereignty is the task we must now face.

I made a brief sojourn back into the field last Sunday, when I commented, once again, on what I believe to be the criminal stupidity of deploying dangerously vulnerable Pinzgauer Vectors in Afghanistan, an issue which the military is only too keen to conceal, and thus let troops continue to die unnecessarily.

My intervention then perhaps reflected my continued but entirely irrational hope that things could still get better, but with the publication of a story in The Telegraph today, based on one in The Washington Post, it seems that even that forlorn hope was unduly optimistic.

According to these stories, the British occupation in Basra is now being regarded as a failure, with a senior U.S. intelligence official having recently said that, "The British have basically been defeated in the south." The narrative continues:

They are abandoning their former headquarters at Basra Palace, where a recent official visitor from London described them as "surrounded like cowboys and Indians" by militia fighters. An airport base outside the city, where a regional U.S. Embassy office and Britain's remaining 5,500 troops are barricaded behind building-high sandbags, has been attacked with mortars or rockets nearly 600 times over the past four months.

No doubt the MoD will try to spin their way out of this report, as they have done so often in the past, but the facts now look pretty clear. Without the political will to equip our troops properly, to deploy sufficient numbers, and to develop effective tactics to deal with the militias that are attacking our forces so often, it does seem to me that we are wasting our time in that theatre, doing little more than putting our troops lives at risk.

For political reasons, of course, the Americans need us there, but there is no political will in the British government to do what is needed to keep our troops from providing target practice for the militias.

Thus, it seems that, in many respects, we are approaching the end game in disparate and widely separated areas – in Iraq and the UK. In both "theatres" we appear to be losing the war, the one under the force of arms, the other voluntarily, on a surge of lies and deception.

At least a rapid withdrawal from Iraq might save some of the lives of our own troops (but probably cost the lives of many more Iraqis). A withdrawal from the EU, unfortunately, is still not on the agenda and that puts us in a position little different in principle from those Iraqis who wish for and have failed so far to achieve true independence.

And, since our government is unwilling or unable to assist them in that uneven battle, and is immune to whatever pressure we have been able to apply, we perhaps need to marshal our own resources for our own battle. We, like the Iraqis, are going to have to save ourselves. And before we can care about the independence of others, we need to restore our own.