The road to defeat 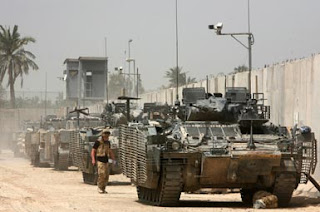 Four military deaths in southern Iraq in 48 hours, reports Reuters, two of them Irish Guards in the early hours of yesterday, killed by an IED when their convoy was hit near the Rumaila oil fields, west of Basra. Two other soldiers were seriously injured.

One member of the RAF Regiment was shot dead during a foot patrol on Tuesday, a patrol mounted to deter indirect fire on Basra Air Station. Another soldier was shot while driving a Warrior on Monday night, the gunman apparently shooting him as he sat exposed, with his hatch open.

Says Reuters, simply repeating what was widely predicted, "British-patrolled southern Iraq has become more dangerous for British troops since the government announced in February that London would cut back its force during the course of 2007."

In the April-July period, it adds, 30 British soldiers died in Iraq, making it the deadliest period since the 2003 invasion when Britain had nine times as many troops as the 5,500-strong contingent it has deployed now. We are told that this is in part due to Shi'ite militants stepping up attacks to create the impression they are pushing the British out.

In our view, the rot started when the Army let itself be run out of Camp Abu Naji in al Amarah, just short of a year ago, after sustaining continuous mortar and rocket attacks from local militias.

This has been compounded by the failure then to deal robustly with indirect fire attacks on bases at Shaiba, the Old State Building and the Shatt al Arab Hotel. All of these bases have since been abandoned, adding to the carefully cultivated militia legend that, if they intensify their attacks, the British will run away. 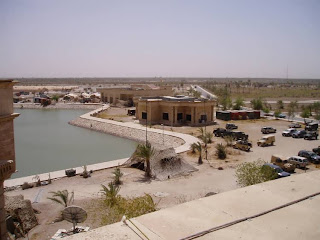 We commented on this in November last year, before that (follow the links on that post), in particular chronicling the humiliating withdrawal of civilian staff from the Basra Palace complex, after sustained attacks on the base.

Time and again, we have pointed out that the weapons, technology and tactics are available to defeat these attacks, most recently in late July, but with our seminal post last November, in which we set what was needed to defeat the attacks on our bases.

Furthermore, the issue has been raised repeatedly in Parliament, and through direct and indirect lobbying - but to little avail. 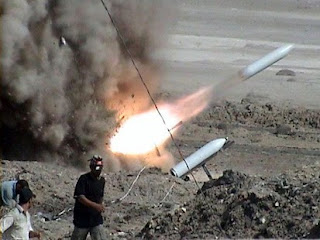 Although belatedly the MoD has improved defences, and more is planned, it is proving too little, too late. Shortly, under the increasing weight of indirect fire attacks, the British Army is to evacuate Basra Palace, under conditions which will offer the militias the perfect opportunity to take the propaganda high ground, claiming, once again, that they have run the British out of town.

Yet, as late as last October, we had the delusional Mrs Beckett claiming that the Army was close to reaching the "tipping point" in defeating the insurgents but, no matter what self-serving tripe that now comes out of Whitehall and Downing street, the retreat from Basra Palace will be seen on the "arab street" as a defeat of the British.

Even the Americans, who have hitherto been diplomatically silent on our performance, are now openly saying that, "The British have basically been defeated in the south." 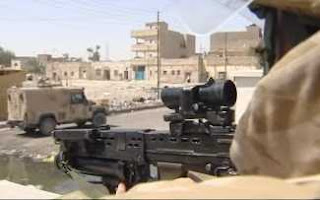 As to the most recent deaths, we note that the MoD has not specified the vehicle type in the patrol hit by an IED. Was it another Snatch Land Rover? If not, why isn't the MoD telling us? It quite often does give details, but not this time.

Then there is the unfortunate Warrior driver. He is by no means the first Warrior crew to be murdered by gunman yet, as we noted in a long, ruminating post at the end of last year, the Warrior type of vehicle is entirely unsuitable for counter-insurgency operations – an issue we were to rehearse again and again.

Built for the wide-open spaces of the conventional battlefields of Northern Europe, it lacks visibility for the type of fighting currently undertaken when closed down.

Perforce, the driver (and commander) must fight from open hatches, when they are highly vulnerable to direct fire. And, if they are closed down for any length in the sweltering heat of the Iraqi summer, lacking air conditioning, the crews would suffer massive discomfort, to the point of heat exhaustion. 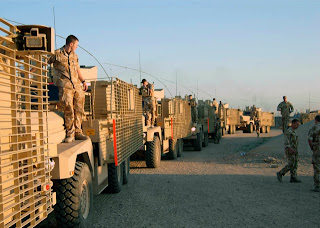 The alternative, of course, is the mine and blast protected vehicle, such as the Mastiff, which affords the driver good visibility from behind bullet-proof glass, in the comfort of a well-protected, air conditioned vehicle.

This rather points up one of the major problems affecting not only the Iraqi but the Afghanistani campaigns – the chronic lack of adequate equipment. Despite the obvious need for specialist vehicles for counter-insurgency operations, there are too few in theatre, yet the Army persists with its dreams for vehicles designed for high-end warfare, then adapting them for purposes from which they were never designed.

This tendency, of course, is not confined to the Army. Only yesterday, we read in The Telegraph a puff for the RAF's latest and most expensive "toy", the £80 million Eurofighter, which is being converted from an air superiority fighter to a ground attack aircraft for use in Afghanistan. 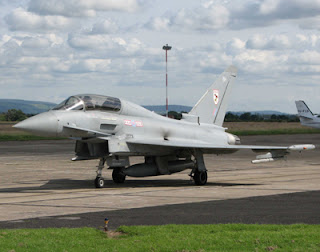 We are told that, "being able to achieve speeds of more than 1,500mph and carrying a probable payload of two 1,000lb, laser guided Paveway bombs," these aircraft "will be able to deliver devastating firepower".

Less than two weeks ago, however, we were reading reports of the effects of that "devastating firepower" on the civilian population in Afghanistan. The last thing we need is yet more fast jets screaming into combat dropping huge bombs on the innocent. We are using these aircraft, built for another war, simply because we have them. And, because we have these grotesquely expensive hi-tech "toys", we cannot afford the equipment we really need.

Nevertheless, Wing Commander Gavin Parker, officer commanding XI Squadron, which has taken delivery of the latest aircraft, gushes that the Eurofighter, "…is already an exceptional air-to-air fighter and is demonstrating excellent potential in the air-to-surface role. It will make it a fantastic close air support machine."

There is the problem in a nutshell, and one that seems unsolvable – one of many – and which prompted my post of 1 July when I got from a senior officer that the Services cannot afford to focus on the current wars in Afghanistan and Iraq as that would leave them unprepared to fight future wars. The effort in our current theatres must, therefore – I was told - be tempered by the need to maintain balanced forces, capable of dealing with future (unknown) commitments. 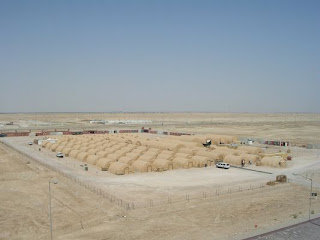 So it is that men (and women) must die, sent into danger with inadequate equipment, poor tactics and insufficient numbers. In Iraq, they will soon be hunkered down in their last remaining redoubt at Basra Air Base, where they will provide unending target practice for the militias until, at last, the public pressure becomes politically unsustainable, and Brown is forced to bring them home.

At the current rate of deaths, this could well be sometime in the autumn, at the height of the political season when it will have maximum impact on Brown. Under the sustained weight of political and media pressure, it could well be that he will be unable to resist calls to pull the troops out.

On the road to defeat, there will be many views on what went wrong. But, in the final analysis, it will not have been any one thing. At the very top, is a lack of political will to see the job through. But we also have a failure of the opposition and even the Army brass cannot escape some blame.

But, with a hostile media, an indifferent population and a general anti-militaristic climate – compounded by the increasing rejection of "Bush's war" – it was perhaps inevitable that, when the going got tough, this nation of ours was never going to rise to the challenge. The defeat, however – when it is finally recognised – will diminish us all, and the political effects will be profound. The only question is – how many more troops are going to have to die before we do recognise that we have allowed ourselves to be defeated?

UPDATE: Since writing this post last night (and making some amendments to it this morning), I listened to the BBC Radio 4 Today programme. Colonel Bob Stewart - styled as "former UN commander of British troops in Bosnia" - was interviewed. Paraphrased, his view was that the reason why we are taking the casualties is because we "cannot dominate the ground". The options, he said, were to retake and dominate the ground, or abandon it.

Clearly, since there is no political will - or capability - to do the former, the logical conclusion is that we must do the latter.

The Telegraph, incidentally, ran the casualty story on its front page, with two full pages further into the "book", printing mug shots of all the recent casualties. All the national papers are running the story "big" - a harbinger for the "perfect storm" that is going to erupt when the deaths reach that magic number of 200.