A little bit of realism is needed 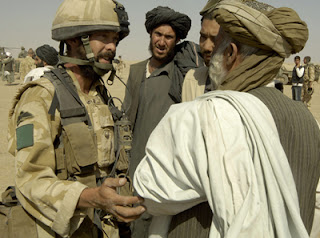 Reporting on the lightning capture of the town of Musa Qala by the Taliban on Friday morning, the online news magazine First Post argued that the British Army's Afghan strategy was "in tatters".

Even the somewhat tarnished authority of the Telegraph conceded that the capture was a "setback".

The town of Musa Qala was, of course, the scene of a controversial deal, approved by Lieutenant-General David Richards, the Nato commander in Afghanistan, and agreed on 17 October 2006.

When British troops had first been sent to Afghanistan it was hoped they would help kick-start the country's reconstruction. But under pressure from President Hamid Karzai they were detached to defend Afghan government "district centres" at Musa Qala, Sangin, Nowzad and Kajaki.

This was the so-called "Platoon House" concept, with critics complaining that planting small numbers of troops in the centres was an open invitation to the Taleban. The move - opposed by General Richards - turned the bases into what he called "magnets" for the Taliban. 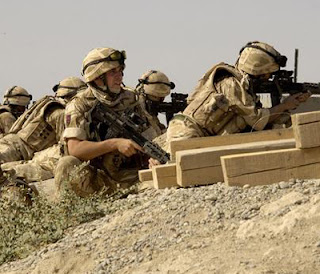 By late summer there was real fear that one of the platoon house fortresses would be overrun altogether and their garrisons massacred. At Musa Qala and Sangin, mortars and heavy machine guns were fired at point-blank range. In Now Zad, a Gurkha platoon fought a long night battle, throwing grenades at an enemy only ten feet away. And, as these intense and bloody battles developed, 16 British troops were killed in action.

At that point, the British had only 1,000 or so fighting soldiers in Afghanistan, and they lacked sufficient helicopter resources to bring in reinforcements to relieve the siege. They had a maximum of seven Chinook heavy lift helicopters, and eight Apache attack helicopters to escort them.

In early September, however, the local tribal elders of Musa Qala approached Governor Daud of Helmand province with a proposal for a new start within the district. The proposal looked for a form of self-policing, with a locally-raised Militia trained and equipped by the Government of Afghanistan. Then, on 12 September, the elders instigated a form of ceasefire and prevented the Taliban from attacking the district centre.

After the personal involvement of Brigadier Ed Butler, commander of 16 Air Assault Brigade, a deal was struck whereby the tribal elders would guarantee the security, stability and governance of the district. British troops would pull out and so would the Taliban.

The American military were said to be "absolutely furious" at what they saw as a pullout by their principal partners, complaining that it left Musa Qala under Taleban control. A persistent critic was US General Dan McNeill, who currently is about to take over as commander of Nato forces in Afghanistan. He called the deal, "a tactical mistake - and a strategic disaster." 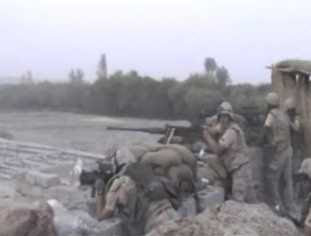 Events seemed to prove him right. In December, Danish and British troops came under a large-scale Taliban attack near the Musa Qala, fighting a four-hour battle before a series of airstrikes killed 80 Taliban fighters. The suspicion was that Musa Qala was being used as a safe haven by the Taliban.

There was then another major incident at the end of December when a number of high ranking Taliban leaders were killed in an airstrike in the Musa Qala district.

Back in Musa Qala itself, it is reported that there has been fighting and tension in the town for more than a week. The elders had demanded that a known Taliban commander, Mullah Gaffur, leave the town. Nato aircraft then carried out a precision strike on his house, but he left a few minutes before they bombed. Surveillance aircraft then tracked his car, and last sighted it abandoned in a ditch. The elders put a price on his head and told the Taliban around the town to surrender weapons.

Their response was to move into the town and take over the police station. Nato surveillance aircraft have reported Taliban marauding through the town burning and looting compounds. Witnesses said most of the elders had fled.

General McNeill, it is reported has now declared that he is ready to order US troops into the town, to restore Nato control – arguably cleaning up the mess left by the British.

At the time of the October deal though, Mick Smith of The Times completely approved of the move. "So far so good," he wrote:

…the whole policy of putting troops into remote outposts in the north - and the tragedy of 16 British soldiers who have died as a direct result - have provided graphic evidence as to why politicians should not interfere in the business of soldiering. Is it too much to hope that British commanders will now be allowed to get on with their job? 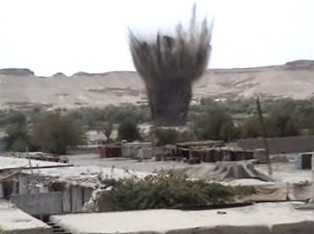 Even with the reinforcements announced by the government last week, however, the British have insufficient resources to take on the Taliban throughout Helmand. "We just cannot carry out a pacification campaign," said a senior British officer. "That's not what this is about."

They are further hampered by the government's claimed refusal to provide adequate helicopter support, armour and other resources. Thus, we are told, a stunned British command in Helmand was holding a series of emergency meetings today. "We need to work out what to do next and there are going to be no quick and easy answers", said a spokesman.

Whatever solution is decided upon, it will not be entirely British. Yet, defence minister Adam Ingram still describes our forces as "the best in the world". It is also rather ironic that Dr. Julian Lewis should believe that the achievements of our armed forces in counter-insurgency campaigns in the past "feature lessons that can usefully be learned by our allies". There is no doubt that he was thinking of the US forces – and Lewis is not entirely sure that they are always prepared to listen and take those lessons on board.

Yet, whatever solution emerges to the situation at Musa Qala, it will rely heavily on the Americans. On our part, therefore, we are not entirely sure that we can go on claiming that our armed forces are the best – or indeed that the Americans have any lessons to learn from us. It seems that our claims are coming from the same well as the "NHS is the envy of the world" mantra. There, as with the status of our armed forces, it seems that a little bit of realism is needed.