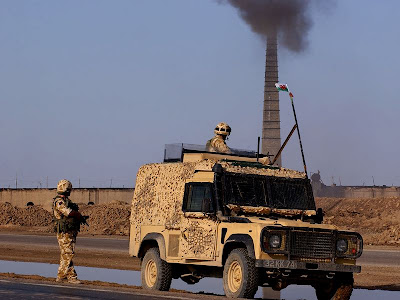 In 2003, Sgt Steve Roberts gets shot in a "friendly fire" incident in Iraq. Having handing in his body armour, he dies as a result. There is a six-day hearing and, on 18 December last year, Andrew Walker, the assistant deputy coroner for Oxfordshire, says: "To send soldiers into a combat zone without the appropriate basic equipment is, in my view, unforgivable and inexcusable and represents a breach of trust that the soldiers have in those in Government."

This unleashes a torrent of media comment. The BBC has the verdict as its lead item on its national televised news. Every major newspaper covered it and the Independent gave over the whole of its front page. Google News recorded over 1,300 separate media reports.

However, tragic though the death was, this was one soldier. Since the incident, the MoD has issued high-tech, state-of-the-art body armour to all troops in the field and, barring the odd case, all soldiers at risk are equipped with it. 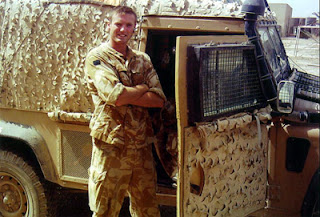 On the other hand, yesterday, there was an inquest into the deaths of three soldiers - Pte Phillip Hewett (pictured), 2nd Lt Richard Shearer and Pte Leon Spicer. These were the three soldiers from the Staffordshire Regiment who were killed in Al Amarah, Iraq on 16 July 2005 by a roadside bomb while riding in a lightly armoured "Snatch" Land Rover.

Oxford coroner, Selena Lynch, returns a verdict of "unlawful killing" but says she can make no recommendation to the Ministry of Defence about the use of the Land Rovers because it is beyond her jurisdiction.

However, in addition to these three deaths, there have been at least 20 more soldiers who have died, in both Iraq and Afghanistan, while riding in lightly armoured "Snatch" Land Rovers. Many more have been injured, some very seriously indeed. 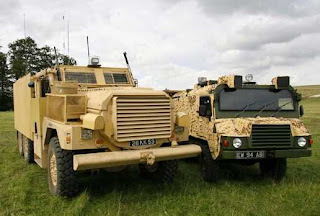 Furthermore, although the MoD promised that there would be an "effective capacity" of the Mastiff mine and blast-protected vehicle in Iraq by the end of last year. So far, only four have so far arrived and it will be next month before there are just 20 in place.

In Afghanistan, the situation is even worse. Troops are having to patrol (and fight) in unarmoured "WMIK" Land Rovers and the promised Pinzgauer Vector replacement is, if anything, more dangerous than the vehicles it replaces. 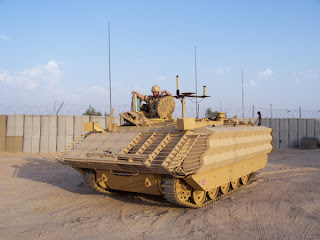 Nevertheless, by the early evening there had been only one media report on the verdict, on the BBC's Stoke and Staffordshire local television news. The national television and radio news did not even mention it and, in the national dailies, it got one brief "meanwhile…" in the Daily Mirror attached to the tail end of another inquest report on the "friendly fire" incident involving A-10s.

All we got from the national BBC television was the News 24 programme with an amazingly superficial "puff" for the up-armoured "Bulldog" FV432 armoured personnel carrier, embellished somewhat on the national website. With a picture of the Pinzgauer Vector and the heading, "troops get new armoured vehicles", it could almost have been written by the MoD – and will certainly trouble it not.

This dire performance was only partially remedied by a BBC Radio File on 4 documentary – co-incidentally broadcast yesterday evening. But, in the whole 40-minute programme, only the death of Pte. Hewett was discussed, along with the deaths of two other soldiers in unrelated incidents, one from heat stroke and the other from a training accident on a firing range.

Better in some respects than the appalling programme in in October, featuring the dreadful Allan Urry, this one – with Jenny Cuffe - still failed to give the equipment issue the depth of coverage it needed. 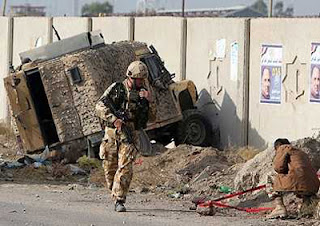 We have, of course, covered the vulnerability of the "Snatch" Land Rovers extensively on this blog. Then, immediately prior to the Coroner's finding, there were two media reports, one in The Telegraph, yesterday morning, and one at the weekend in the Observer.

From both we got Sue Smith, Pte Hewett's mother, charging that the three soldiers would still be alive today if the MoD had purchased adequately protected vehicles. But there was no attempt to widen the issue and neither newspaper even began to address the current defects in the system. Both uncritically reported on the purchase of the Pinzgauers, failing to pick up the delays in supplying the Mastiffs.

Thus have soliders been completely let down by the fourth estate. At the time of the Roberts' inquiry, we warned of the danger of focusing on the one issue of the body armour - which had actually been sorted. We wanted the journalists, who were then so full of themselves, to note that Sgt Roberts's widow, Samantha, was already saying that the body armour issue had been resolved. "This is Steve's legacy," she had said, adding: "we must ensure that these failures are not repeated with other basic kit."

But her words have gone unheeded and will continue to do so by journalists and editors alike. Our trivial, venal media is fundamentally incapable of doing its job. They can bleat and blether when it no longer matters but, when they could make the difference, they are silent. All they have to offer is their own collective failure. And so dismally ignorant are they that they do not even have enough knowledge to appreciate that they have failed. That is their legacy.

The top photograph is of a "Snatch" Land Rover, this one operated by the support company, Welsh Guards, who are providing security for the Royal Military Police. It is pictured in Al Amarah by a smoking chimney from the local brickworks. The picture is from the "Smugmug" gallery posted by S D C Carter, one of the finest collection of photographs of contemporary British military operations in Iraq that I have seen. Mouse-click on the face of the picture to enlarge.