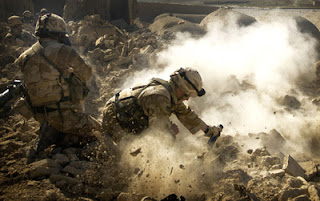 While the British media are obsessed with the A-10 "friendly fire" incident, it is left to Radio Netherlands to tell us that NATO is soon expected to launch an offensive aimed at clearing Taliban fighters out of Musa Qala.

However, despite the confident tone, the task may be less than straightforward. When the town was first taken over by coalition forces in August last, it took more than 500 troops from 3 Para Battle Group, and Afghan forces, to achieve the objective.

Recalling also that the British attempt to recover Jugroom Fort in Garmsir, with 200 Royal Marines last month, was a failure, we now learn that, three weeks later, the force has grown to 350 yet, despite heavy fighting by the Marines and soldiers of the Light Dragoons, the Taleban has yet to be evicted from Jugroom Fort.

Furthermore, so parlous is the situation there that the RAF had to carry out one of its biggest air drops of recent times to provide food, ammunition and fuel for the soldiers fighting in the town. 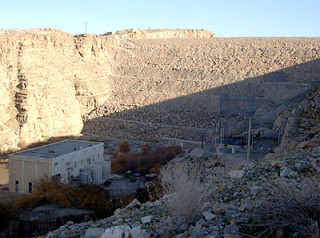 These developments, you might have thought, would have been reported by the MoD – but this is not an organisation that dwells on its own failures. Instead, on its website, we get a detailed account of how the Royal Marines have cleared a Taliban base, consisting of 25 compounds, near the Kajaki hydroelectric dam.

Now, we have no problem with the MoD indulging in a spot of propaganda to boost its own morale, and we would not in any way wish the play down the achievements of the Marines in this operation, codenamed "Volcano". The problem comes when the media, instead of reporting the wider situation, takes the easy option and follows the MoD line.

Stepping up to the plate on this one is our old friend the Daily Telegraph. Offered the free use of some action-packed photos, it rolled over and printed the MoD "puff", ignoring the serious developments in Helmund province. 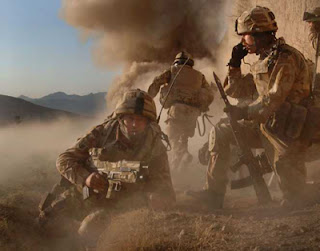 Only too well does the MoD understand the "media tarts". Give them some pictures and a Boys Own tale of derring do and they will roll over and have their tummies tickled. Not for them serious reporting. That costs money and, more to the point, might upset the provider of the free goodies that do so much to fill up space.

Occasionally though, it would be nice to have some decent analysis instead of having to work it out for ourselves.