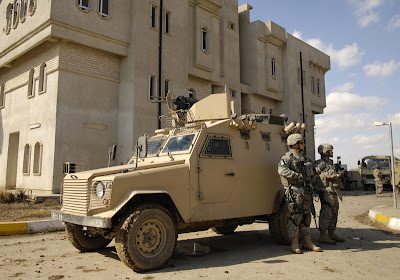 The vehicle in the centre of the frame is more than usually interesting as it is a Turkish-built Otokar Armored Personnel Carrier, a conversion based on the Land Rover Defender 110 chassis. 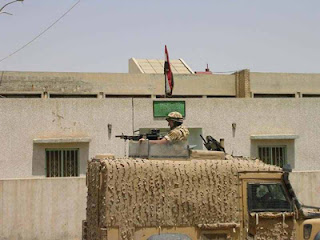 Overall, it is probably no better protected that the "Snatch" Land Rover (I do not have the technical specs) although the "top guard" undoubtedly is, with an armoured turret rather than a hole in the roof provided for our troops.

There is another feature of this vehicle which, in comparison with the "Snatch" tells you a great deal about the British Army – this vehicle has side windows and gun ports for the passengers, so that you can observe and fight from the vehicle. 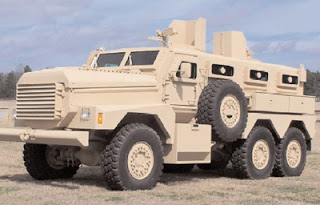 The superior British do it a different way. A feature of all their tactical personnel transports is that they do not have side windows and, as demonstrated by their conversion of the Cougar to the Mastiff, we go to great lengths to cover them up, even when provided in the original vehicle (the pictures show the "before and after"). 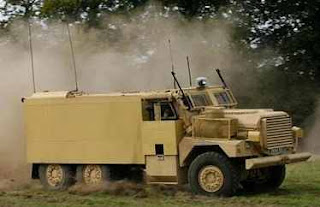 This actually is not a trivial point – it reveals something of the character of the British and the British military. It seems that the brass do not like ordinary soldiers knowing where they are or what is happening around them – so called "situational awareness". Instead, they like them to be kept in the dark (quite literally), relying on them to respond to their training when they are ejected from their vehicles, blinking into the light to face the enemy.

To that effect, British soldiers are taught a limited number of drills, which are repeated again and again until, with all the fidelity of trained seals, they can perform them flawlessly. But the one thing soldiers are not taught to do – and in fact are actively discouraged from doing – is thinking for themselves. 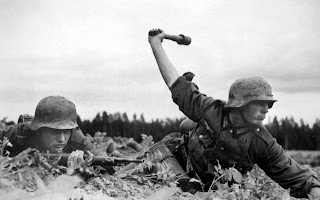 This was characteristically a feature of the Armies of the Second World War, where, typically, even junior NCOs in the German Army were included in the tactical briefings, while British NCOs were not. In the event of the loss of their officers, German NCOs were expected to take command, whereas the standing instructions to German troops, fighting against the British, was to target the officers, whence their attacks would often stall.

For the future, this is going to become more and more of a problem for the British Army, as equipment of greater sophistication and complexity is introduced into theatre. Not only is the educational attainment of the average solider such that they are going to have difficulties exploiting it fully, but the culture of the British Army is such that, as it stands, it does not want and cannot cope with educated soldiers, who can think for themselves.

Perhaps though, when we see British Army vehicles with windows in the sides, we will know that times are changing.