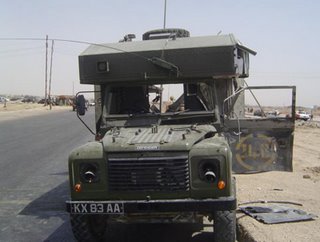 Yes, Mr Bush, we know it is bad - we've been saying so for a long time. Yes, we agree with you when you tell our prime minister, Tony Blair, that "we need a new approach". And yes, we entirely agree with General Sir Mike Jackson (now retired) that it would be "morally wrong" to pull out of Iraq at the moment.

And we even agree with Jackson when he accused the government in his speech of neglecting soldiers and of "asking too much" of the armed forces.

But what we also want to know is why it has been left until now? What have our professionals and analysts being doing all these years and, in particular, what was the professional head of the Army doing in August 2003?

This blog, of course, didn't exist back then. But General Sir Mike Jackson – or "Macho Jacko" as he was already known - was Chief of General Staff, the professional head of the Army. He had been appointed on 1 January 2003, he had seen the successful assault on Basra by British troops and then enjoyed the short-lived fruits of victory with the official termination of hostilities in Iraq on 1 May 2003. 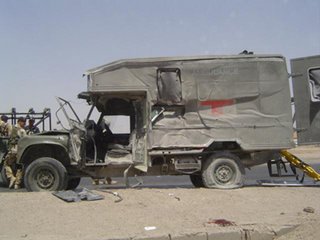 Then, on 14 August - two days after Basra had been swept by organised riots, with mobs protesting against the lack of fuel and electricity in the city – when British forces were shot at and returned fire, killing at least one Iraqi - Captain David Jones was travelling from Basra with his driver in a clearly marked military ambulance (pictured above left), conveying a soldier to the military hospital in the Shaibah logistics base outside the city. He never arrived. Shortly after 9am British time, the vehicle was struck by a roadside bomb, killing Captain Jones and injuring the other two soldiers, and badly damaging the vehicle (illustrated right).

One national newspaper at the time reported that this had been the most serious attack on British forces since six military policemen had been killed in Majar al-Kabir, north of Basra, on 24 June. Furthermore, as this was the very first roadside bomb attack on a British military vehicle, the fear was that the "honeymoon" was over – that British troops in the southern, mostly Shia, part of Iraq, were now to be targeted by guerrilla attacks. Up to date, these had been reserved for American troops in the ethnic Sunni area around Baghdad.

As reported by The Scotsman, the BBC had defence analyst Paul Beaver saying that the attack had been very different to any incident dealt with by British forces in Iraq before then. "This looks like a step up in operations by a group you can only call terrorists," he told BBC News. "This is very much a pre-meditated act of terrorism. There's no doubt at all what we're actually seeing here is someone making capital out of the fact there is now a greater awareness of discontent in the Basra area."

The newspaper suggested that the campaign in Iraq had "entered a dangerous new phase". 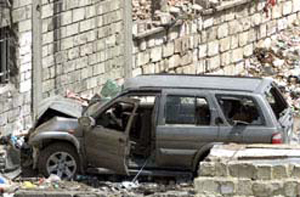 One swallow does not make a summer though, but any thoughts General Sir Mike Jackson might have had of disagreeing must have been disabused by reports of an incident on 23 August. Three soldiers from the Royal Military Police - Major Matthew Titchener, Co Sergeant Major Colin Wall and Corporal Dewi Pritchard - were killed in an ambush in central Basra.

Witnesses said the RMPs were riding in a sports utility vehicle in a routine two-vehicle convoy and came under small-arms fire from an unknown number of men in a pick-up truck at around 8.30am. The soldiers returned fire, but appear to have been killed either by a grenade thrown from the other vehicle or when their own vehicle crashed into a wall. 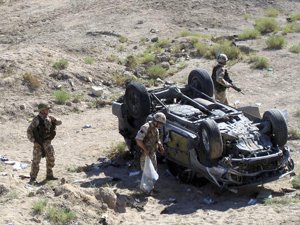 Then, on 27 August, Fusilier Russell Beeston, a Territorial Army soldier in the 52nd Lowland Regiment, was killed on after a crowd surrounded his patrol vehicle in Ali As Sharqi, southern Iraq, and opened fire with guns and rocket-propelled grenades. He was 26 and from Govan. Shortly afterwards, on 7 September, a roadside bomb in Basra exploded when a British diplomatic convoy was passing killing four people of unknown nationalities, wrecking the car and flipping it upside down. When a later explosion killed ten more, there can have been no doubt. The honeymoon was definitely over and an insurgency was in progress.

Now, in his speech entitled, "The Defence Of The Realm In The 21st Century", General Sir Mike Jackson tells us his lecture was "a way of taking stock". He has been considering "what may be demanded for the defence of the Realm in this uncertain century; and how ready we are for those demands."

But he adds: "We also need to be honest as to how well we are meeting these demands now," effectively admitting that we are not doing enough. He says: "we must do better in this complex situation, faced as we are today by a determined and ruthless enemy". 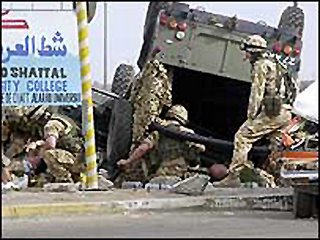 That "determined and ruthless enemy" was to continue slaughtering British troops. But, in August and September and points thereafter, Jackson was not only thinking about the war in Iraq. As befits the professional head of the Army, he was thinking in grander terms, of the longer term. "How should the United Kingdom position and defend itself?" he was asking.

He doesn't actually tell us the timeline but we know from other events that this was the thinking going on in the MoD. The arch Europhile secretary of state for defence, Geoff Hoon, had his own political priorities. They were to put clothes on Tony Blair's 1999 initiative, making good his St Malo promises to co-operate with Jacques Chirac, building a European Rapid Reaction Force. 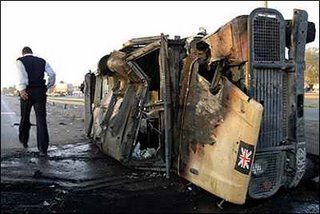 Through 2003, as the attacks on British troops intensified, Blair's high-level political initiative was filtering down to Army level for implementation. General Sir Mike Jackson was thus required to look at the broader strategy - a European strategy to balance the US-orientated Iraqi strategy. As conveyed to us in the Dimbleby lecture, he rationalised it thus:


The UK cannot isolate itself from the wider world, so I'm not at all sure that it is an available strategy, even if we wanted to choose it. That said, I think perhaps the most fundamental question, is the relationship, the strategic relationship, between the United States and Europe. ...

And the UK's position as between the US and Europe has been a dilemma for this country for many decades. A black or white choice, one way or the other, would be fatally flawed. The fate of this country, given its geography and its history, is to wrestle with the conundrum that whilst we sit unequally in geographical distance between the United States and the mainland continent, of Europe, the political distance is a much more equal proposition.

We had our "special" relationship with the US but, "we are also part of the continent of Europe, and a member of the continent's polity, the European Union." Thus said the General, "...it is inevitable that there will be an ebb and flow to the UK's relationship with these two centres of gravity." We could not sit on the fence, he mused. "We are so closely involved strategically with both the United States and with Europe, that in our strategic posture we must embrace both." 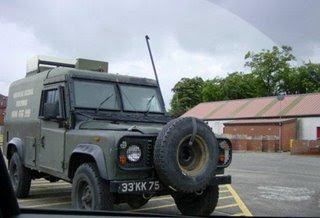 So, instead of concentrating on dealing with the war in Iraq, with its special equipment needs, in November 2003 he palmed the troops off with second-hand "Snatch" Land Rovers, drawn from stocks held in store in Belfast.

That done, Jackson then devoted his energies to feeding the European fantasy, as he set about reorganising the Army to fit in with the demands of the ERRF. The rest, as they say, is history. The attacks continued, "Snatches" burned and soldiers died for want of better equipment. 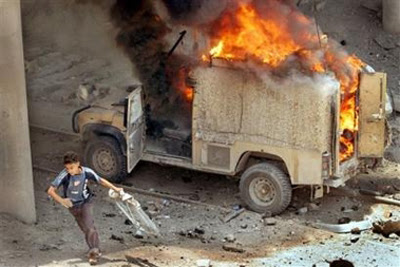 Except that the history has yet to be written. Thus, in his Dimbleby lecture, General Sir Mike Jackson put in his bid for his version. "We could well be asking too much of our Army," he says:


It all comes down to a question of balance: balance between capabilities within the defence budget - how much of this, how much of that; current operations against what may be required in the future; not only current operations, but current training which is the investment for our capability in the future; people against technology - that's pay for example, accommodation standards for example, against current and future equipment.

This should not be a dilemma incidentally, this should not be a zero sum or an either/or. We should be able to provide what is required for soldiers to be fully and properly equipped, thoroughly trained, decently paid, and, together with their families, decently housed. They deserve nothing less. 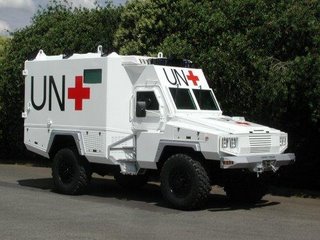 So they do, General Sir Michael Jackson, GCB, CBE, DSO., so they do. At a time when even the Americans were beginning to realise that better equipment, like the superb RG-31, was needed (even available as an ambulance), why weren't our soldiers "fully and properly equipped" instead of being palmed off with second-hand Land Rovers?

So, when the real history comes to be written, it will include the question: "Where were you, General Jackson, when the Army really needed you?"