A question of negligence 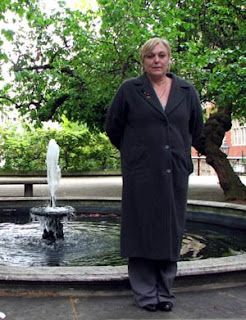 On the day one more soldier is reported killed in Afghanistan, another stage was reached in the tortuous path which is hoped will eventually bring the MoD to account for the death of Pte Phillip Hewett in al Amarah, Iraq in July 2005 – now over three years ago.

This happened yesterday when Phillip's mother, Sue Smith (pictured), served her High Court claim on the MoD. She is seeking damages against the military under human rights legislation for alleged duty of care failures in allowing troops to patrol in one of the most dangerous areas of Iraq in poorly protected "Snatch" Land Rovers.

This is a case we have rehearsed previously and Sue Smith has written about it on her own blog.

The claim is brought under Article 2 of the Human Rights Act (HRA) 1998, alleging that the MoD failed to avoid a real and immediate risk to life which it had or ought to have had knowledge of, and in negligence. The case relies on the High Court ruling in April when Catherine Smith took a case to the High Court over the death in Iraq of her son Pte Jason Smith from heatstroke. At that hearing, Mr Justice Collins ruled that troops in combat zones have a "right to life" at all times under the HRA.

Covered by The Daily Telegraph, this paper notes that thirty-four soldiers have been killed in Iraq and Afghanistan in the last five years while driving in Snatch vehicles with the MoD only in the last month bringing in a robust replacement called the Ridgeback.

The Sun and the Daily Mail also run the story.

Both papers convey the essence of the issue, the Mailremarking that the "landmark" case marks a crucial test of the MoD's traditional legal defence of "Combat Immunity", used to block any court challenges arising from events on foreign battlefields. Recent court rulings, this paper adds, have undermined that principle and the latest case, if successful, could spark dozens more claims from families of dead servicemen blaming their deaths on inadequate or missing equipment.

However, the MoD is already launching a pre-emptive strike, have decided to appeal the Jason Smith ruling, with a hearing expected later this year. Lawyers for the MoD argue that it is impossible to give soldiers in combat situations the benefits of the Human Rights Act.

An MoD spokesman told Jane’s Defence journal that, "We do not accept you can have a sufficient degree of control in war zones, in foreign places such as Iraq and Afghanistan, particularly in the early stages [of conflict]."

He added that the MoD considers that the judgement is inconsistent with other decisions made in the House of Lords and believes that it is important to establish legal certainty for commanding officers on operations overseas. "The MoD contends that Mr Justice Collins was wrong in holding that a member of the armed forces operating abroad remains within the jurisdiction of the UK for the purpose of deriving rights under the ECHR," he said.

Chris Payling, a solicitor at Walker Morris and former RAF officer, said the ruling could also affect how equipment is tested, perhaps by increasing the benchmark from "safe to operate" to a higher level such as "fit for purpose". A soldier "must have reasonable equipment to enable him to do the job he's been tasked to do. If not, it's breached his right to life", he said. This could have consequences for the defence industry, he added, if defective equipment was found to be the reason why a soldier died.

The MoD spokesman said: "The MoD plans to have the capability required to meet the known and expected operational environment and threats, but the uncertainty of the operational environment means that it is not always possible to predict sudden changes to the threat. The MoD does have mechanisms that allow us to address quickly urgent operational requirements when they arise. While all reasonable steps are taken to minimise risk, it cannot be removed entirely given that the nature of operations is inherently risky."

That, then, is the battlefield on which the MoD has chosen to fight, although the claim lodged by Sue Smith goes far wider than just the issue of the vulnerability of the "Snatch" and challenges many aspects of the conduct of operations in al Amarah in 2005. If her claim ever gets to court, it will precipitate a very necessary and wide-ranging review of those operations and, perhaps, shed some light on decisions which, on the face of it, look highly suspect.

Although some would wish these matters to be kept out of the Courts, a parody of a Coroner's inquiry and the absence of an Army Board of Inquiry has left Sue Smith very little choice but to take this action. In forcing the issue, her tenacity will at least push the Army and the MoD into reassessing their own responsibilities, to which effect, Sue is doing us all a great service.