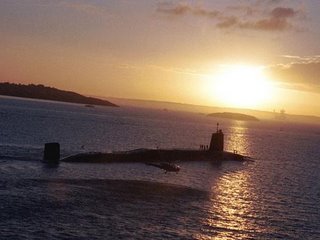 As with Kremlinology, you look for clues where you can find them – and they are beginning to suggest that there has been a sea change in British foreign policy, away from Euro-enthusiasm and genuinely pro-US. All that just at a time when the British public seems to be turning the other way.

It is not just what Blair says - words are cheap, especially when they are uttered by our prime minister. And he tends to be one of those Walter Mitty characters who seems to agree with the last person he met.

No, the key pointers are the concrete indicators and none are more so than defence purchasing – this being one of the most active areas of European integration. It was thus the predominance of major projects purchased by the MoD that alerted us to this hidden policy of Europeanisation, which seemed to run contrary to the over Atlanticism of the Blair government.

With the row about the Joint Strike Fighter the retreat of BAE Systems from the British defence market, which we noted in April, and other signs, it seemed as if we were moving to the end game.

One of those signs was the sale of Britain's last naval sonar system manufacturer to the French company Thales and the purchase from that company by the Royal Navy of the Sonar 2087 equipment for its Type 23 Frigates. That seemed to set the seal on the Europeanisation programme.

But now, via DefenseNews comes news which seems to turn the perception on its head. In a tightly fought contest, the MoD has awarded a £30 million contract for a new sonar system for its ballistic missile submarine fleet not to Thales or another European producer but to the Maritime Systems and Sensors division of the US defence giant Lockheed Martin.

But what is really illuminating is the comment from rival bidder, Devonport-based DML that, according to the UK's recently announced Defence Industry Strategy, "sonar systems are viewed as an essential sovereign capability".

That has not in the past prevented the MoD from buying European but for this contract to go an American company does seem to signal a significant shift in British policy. That may also have been influenced by the reluctance of the "colleagues" to pull their weight in Afghanistan, demonstrating to Blair that, when the chips are down, his European "allies" are not to be trusted.

Straws in the wind, maybe but these could also be the winds of change.