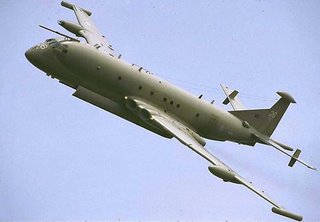 It was with a genuine sense of shock that we learned yesterday of the loss of a Nimrod MR2 over Afghanistan, with the death of its entire crew of 14. We can only add to the expressions of sympathy to the relatives, friends and colleagues of the deceased.

The shock came in part because one does not expect to lose this type of aircraft, even in combat theatres. One presumes – as has been stated in a number of reports – that it would have been at an altitude safe from any anti-aircraft missiles that the Taliban could deploy. And, for a mature airframe, one does not expect a "mechanical defect" – the current MoD explanation – to have such a catastrophic effect.

Already though, the pundits are suggesting that it could have been a missile attack, discounting the MoD denials. They pointed out that the Hercules crash in Iraq in January last year was initially put down to "metal fatigue" when, in fact, it turned out to have been downed by a missile.

However, even if it had been a missile which downed the Nimrod, you would not expect the MoD to admit it immediately – and rightly so. It is simply not good sense to give the enemy, gratis, an after-action report, confirming his success.

A different line is taken by Colonel Tim Collins in The Sunday Telegraph today, who writes, "Government must find more funds or pull out". This is a line we ourselves have taken so we would not altogether disagree with Collins when he says:

If the 14 British servicemen killed in Afghanistan died because of the mechanical failure of their Nimrod plane, then it confirms what I have been saying for months — that the UK's aircraft and helicopters are old and absolutely worn out.

But, if The Sunday Times report is correct, and the aircraft was "co-ordinating special forces operations against the Taliban, intercepting their communications and providing real time video surveillance of what was going on on the ground", then there is an another problem which is quite as serious – if not more so – amounting to a major scandal. 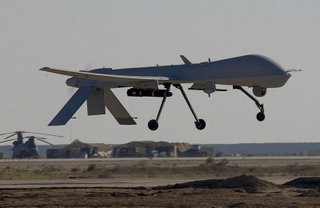 The fact is that, if the Nimrod was providing coordination and carrying out electronic communications intercepts and video surveillance (and it is really hard to think what else it could do – as a marine reconnaissance aircraft, it radars would have been next to useless) then it should not have been there at all. These functions do not require a manned aircraft and, in fact, are better (and more safely) carried out by unmanned aerial vehicles (UAVs), such as the Predator deployed by US forces and – to and extent, by UK forces.

Thus, the announcement last week that the UK government was to buy two Predators from the US, for use in Afghanistan, might not be entirely coincidental. Not only does it confirm that UAVs are needed for this theatre (as we have long argued) but it also suggests that the Nimrod was being used as a stop-gap, to make up for the lack of capability.

Therein lies the scandal. When you look at the MoD performance in seeking to equip British forces with UAVs, you are looking at a tale of incompetence which beggars belief and a colossal waste of money. So much has been wasted in fact, that we could have had the capacity already, for a fraction of the cost. There would be no wreckage of a fine aircraft and 14 men might still be alive. 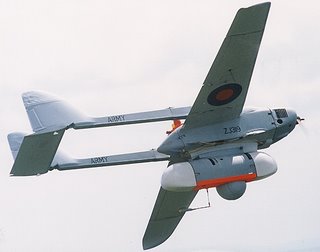 The story actually starts with the Phoenix UAV, developed originally for the Army for artillery spotting and then – as the MoD so often does – given a role extension to take in battlefield surveillance, for which purpose it was entirely unsuited. The story is spelt out here and makes for sorry reading.

But where the real scandal lies was elicited by Tory MP Andrew Rosindell in a Parliamentary question, answered in July 2006. This revealed that the "Phoenix unmanned aerial vehicle system" had cost approximately £345 million since inception. Ignored by the media, this was for a system that was introduced in 1998 with a minimum 15-year in-service life, which had never functioned effectively – or at all- and could not be used in either Iraq or Afghanistan where it is most needed.

Now, the point is that the deficiencies of this abysmal machine were well known – and certainly to the MoD – by the year 2000, when the system failed to perform in Kosovo. It was certainly abundantly clear in 2002 when a reported upgrade to allow it to operate in hot weather was "put off to save money".

In fact, the "upgrade" was more likely cancelled because no amount of money would improve a basically inadequate design but, whatever the reason, this meant that the British Army went into Iraq without what is universally regarded as vital equipment.

We do now know that the MoD partly made up for this deficiency by leasing time on Predators in Iraq, but this, we also know, has proved unsatisfactory. The UAVs have been treated as "theatre assets" and have not always been available to British forces. 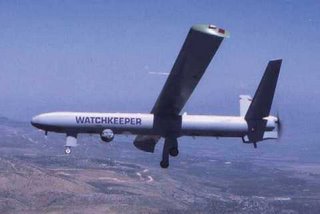 Instead of doing the sensible – and vitally necessary – thing, however, and buying more Predators from the US, not least to provide surveillance in other theatres such as Afghanistan, the MoD decided to launch on another programme of UAV development. And, with the speed of a glacier, that took until last October to finalise, with the government committing another £317 million to build 99 Israeli-designed Elbit Systems WK-450s, known as the Watchkeeper, the total contract running to £700 million.

But the worst of this was that, while the government was so eagerly committing troops to Afghanistan, the system was not due to come into service until 2010 – at the very earliest. Even then, its capabilities will fall far short of the Predator, which is already up and flying, proving its worth in both Iraq, Afghanistan and elsewhere.

Thus, having so far committed the best part of £1 billion to providing UAVs for the armed forces – with no prospect of them seeing any capability until 2010, the MoD last week decided to spend yet another £30 million on two Predators for Afghanistan, to tide them over and provide at least some of the much needed support that these machines can give.

In the meantime, Nimrod aircraft, it seems, have been filling the gap and, if our contention is correct, that is why there is why 14 men now lie dead in Afghanistan.

Nor, indeed, does the story end there. Predators are not line-of-sight vehicles – i.e., they operate out of sight of their controllers – which means you need satellites to convey the communications and control signals and to receive the data they produce. Furthermore, as the US has found out, UAVs chew up band-width to such an extent that this has proved a factor limiting their deployment, not least because other services compete for air time. 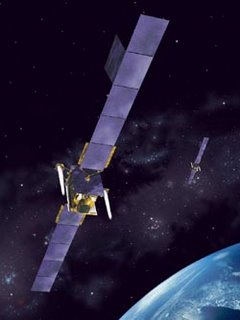 To operate these Predators, the British government will need satellite capability and there has been no announcement on how this will be provided – or at what cost.

We do know, however, that the MoD is seriously short of capacity and is relying on its new communications satellite system, Skynet 5, which will not be fully operational until 2008. This could explain why only two Predators or being bought – for an area four times the size of Wales. It is quite possible that there is no capacity to operate more.

In any event, this whole sorry saga is yet another example of inefficiency, waste and mismanagement. As always, the taxpayer pays the monetary price, getting less for more, while those at the sharp end pay with their lives.

And, if the media has noticed something is wrong, it has not even begun to understand why.