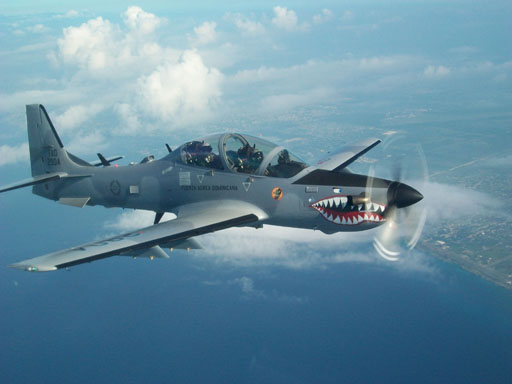 A small piece of news to start the New Year has had a very small band of defence analysts and journalists intrigued. This is the winner of the light air support (LAS) competition to supply ground attack aircraft to the Afghan Air Force.

The winner was the hot favourite, the Super Tucano, of which 20 examples have been purchased for sums variously described as $355 and $950 million. The competitive Hawker Beechcraft AT-6B Texan II having been ruled out last November.

Hawker have since challenged the contract award and it is temporarily on hold, pending a Federal court ruling but, all things being equal, the Afghan Air Force will soon have this valuable addition to their striking power. Initially, however, the aircraft will be operated by the US Air Force, used to train Afghani pilots.

The implications of this purchase are profound, not only for the Afghan Air Force, but in broader terms. We have long advocated that the RAF would benefit from the capability of this flexible and effective weapons system.

In practical terms, there is very little to chose between the ground attack version of the Harrier, and this aircraft. In cash terms, however, the Tucano is about one fifth of the hourly cost, while it is a mere one ninth the cost of an Apache attack helicopter.

What is interesting, if predicable, though, is that, although this news is covered in the specialist press, it has found no space in the British MSM. Right throughout the whole debate on the merits and possible use of the Tucano, the British press has been silent – apart from Christopher Booker, of course.

For once, though, there was an opportunity to square the circle – providing a killer capability at an affordable cost. But then, neither the media, the political establishment nor the British military actually want to solve problems. Their agendas come first.