"Cavalier at best, criminal at worst" 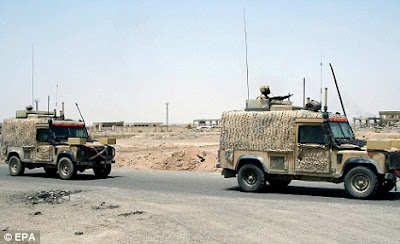 That is the verdict of Major Sebastian Morley, commander of D Squadron, 23 SAS on the use of "Snatch" Land Rovers, who claims that Whitehall officials and military commanders repeatedly ignored his warnings that people would be killed if they continued to allow troops to be transported in this vulnerable vehicle.

This is retailed by Thomas Harding in The Daily Telegraph, Morely angrily saying that Cpl Sarah Bryant – the first female soldier to die in Afghanistan – and three male colleagues, the SAS soldiers, Cpl Sean Reeve, L/Cpl Richard Larkin and Paul Stout - killed in a "Snatch" last June - were killed needlessly.

This, we said at the time. Under a post headed, "Stupid, malign fools", we pointed out that there was:

… no excuse, no excuse at all. For two years (well over, in fact), the MoD and the Army have known that "Snatch" Land Rovers are entirely unsuitable for counterinsurgency operations, and they have had two years warning that the Taleban were going to adopt ambush tactics using bombs and mines.

We had said it many times before – and since – over 70 posts referring in one way or another to this vehicle.

Now, a soldier who served with Major Morley says: "We highlighted this issue saying people are going to die and now they have died … Our commanding officer and RSM (Regimental Sergeant Major) tried everything in their power to stop us using Snatch. The point of failure here lies squarely with the MoD ... The boys nicknamed Snatch the mobile coffin." 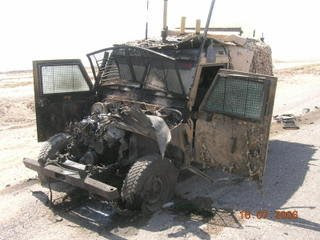 Politicians and senior officers were told of the SAS fears over the lack of equipment but still nothing was done, officers allege. When the SAS squadron learnt of the deaths of Cpl Bryant and her three colleagues on 17 June there was immense anger.

There still is immense anger. There was "immense anger" in June 2006 when I wrote my first substantive post on the issue. More than 70 posts later, too many good men and women have died – unnecessarily.

Forget the "cavalier". Criminal it was then, criminal it is now. If the MoD was a private company, it would be prosecuted. But that is the way of government – the guilty men will walk away, Scot free, pensions and reputations intact – and the dead cannot speak.

There are, those, however, who will, and must be heard. We owe the dead that much.