The lies of Lord Drayson 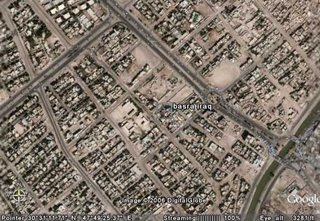 It was the Lord De Mauley who raised the issue of the RG-31 in the House of Lords debate yesterday. Addressing Lord Drayson, he noted that the Minister had said on 12 June, among other things, that:

The Snatch Land Rover provides us with the mobility and level of protection that we need. We had 14 RG-31s in Bosnia, which we took out of service some time ago due to difficulties with maintenance. We have looked at the RG-31 alongside a number of alternatives for our current fleet and concluded that the size and profile did not meet our needs. 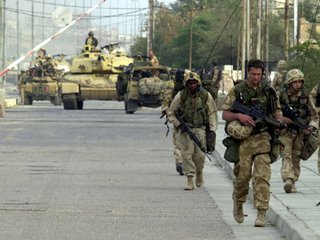 …the Minister could comment on the suggestion made in the press recently that we actually used Mambas in Bosnia, a much earlier and more primitive version. While I accept that the RG-31 is not perfect, being more difficult to dismount from, especially for the commander, wider than the Land Rover and designed primarily to withstand buried mines rather than mines fired from the side, nevertheless in the 21st century almost anything would be better than the Land Rover. 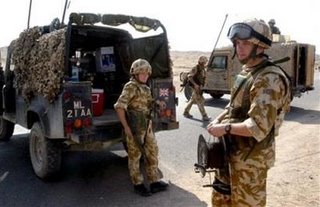 The Americans are said to be using RG-31s to considerable effect in their area of responsibility. As a matter of interest, they are also built by a British-owned firm. Even if the Snatch Land Rover did do an adequate job, which unfortunately it cannot against mines, with the operational requirement for deployments to Iraq and Afghanistan, there are only about two dozen remaining in the UK for reserve and training for future battle groups to prepare for a deployment. 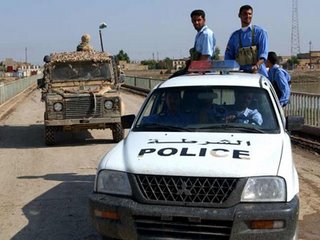 In his response, Drayson could do no other than admit to his "error" over the Mambas. "A number of concerns were raised about the Snatch Land Rover in Iraq and its alternatives," he replied:

…the noble Lord, Lord De Mauley, referred to the question mark over the RG-31. The noble Lord, Lord Astor of Hever, said that he has received a number of letters about this. I make it absolutely clear that when I answered the noble Lord's question earlier, the vehicle that I was talking about was the predecessor to the RG-31. It was also called the Mamba and it has been called the Mamba mark 2. The RG-31 offered today is the current version of that vehicle. 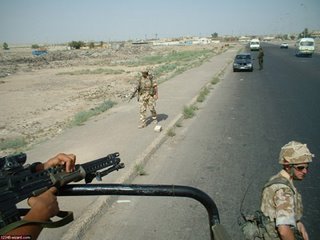 However, if one lie has been put to bed, a central one remains untouched. "After giving careful consideration to the matter," said Drayson, "we judged the size and mobility of the vehicle not to be appropriate to the needs of our Armed Forces today." There we have it then – "size and mobility". The RG-31 is simply too big for the mean streets of Basra.

Well, to nail the lie, we have had another trawl through the internet, this time looking specifically for pictures of Land Rovers – and especially the "Snatch" Land Rover - in use by British Forces in Basra and surrounds. We have published here the first ten that we have found, without in any way being selective. 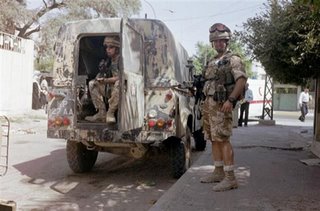 First of all though, we have taken the advice of one of our readers and downloaded "Google Earth" and have since been looking at satellite views of Basra. We have put one of them up here and will publish more over time. To all intents the city looks more American than Arabic, with wide, spacious roads, largely on a grid layout. The detail is sufficient to let you see cars in the streets and judge the scale, and there are very few streets (certainly the main streets) in shot where you could argue credibly that the RG-31 would have difficulty. 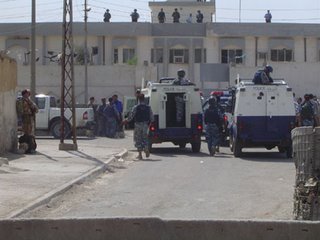 However, returning to the Land Rover shots, many of them have been put up on the net by serving soldiers, other are official photographs and some are press shots. None, as you will see, show Land Rovers in any situation where an RG-31 could not easily have been accommodated. With very few have any details been provided but, largely, they speak for themselves. You can fit my narrative to the pictures by placing the cursor over each of them and a numbered caption will appear, linking it to the relevant number in the text. 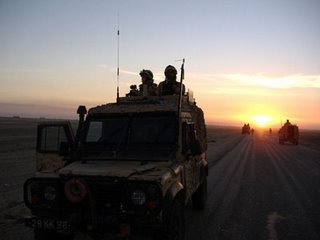 The first shot (1) is quite graphic, with the two Land Rovers in shot but with the scale given by the Challenger tank. The road is big enough for two such tanks side-by-side and this is but one carriageway of a dual carriageway road. The Land Rovers are not armoured, but they are clearly being used for the patrol function, with the "dismounts" in the foreground carrying out a foot patrol. The RG-31, only two feet wider than the six foot width of the Land Rover would have no problem at all here. 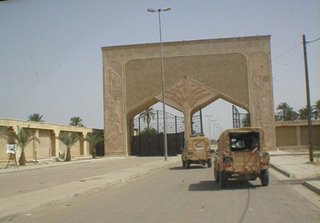 Next (2) comes quite an interesting shot as this shows engineers preparing to blow up an IED. The scene looks to be out in the desert but, wherever it is, there is plenty of space. Shot (3) is also interesting as it shows a Land Rover escorting and Iraqi police patrol and (4) looks to be an open-topped Land Rover with troops carrying out a vehicle check. The figure in green may be an Iraqi soldier. Again, the road is extremely wide. Two Challengers could drive down this road, side-by-side. 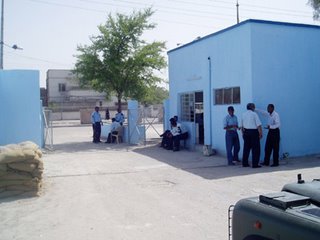 Shot (5) shows a more relaxed scene, with one of the soldiers showing off the latest Iraqi summer fashion. It is the nearest we get to a side-street, but there is still plenty of room for an RG-31. Yet, this is one of the narrowest roads we have seen, in which there is a direct shot of a Land Rover. As to the next shot (7), this is stunningly atmospheric – a dusk patrol, conveying the romance of the desert, which so entralls many visitors to the region. Three "Snatches" are in the shot, and I suspect even Lord Drayson would have difficulty claiming that the RG-31 was too big for this road. 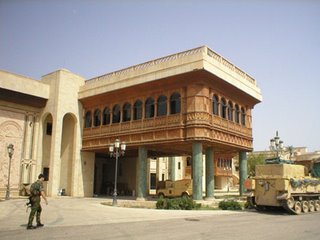 In the next shot (9), you can only just see the left front wing of the Land Rover. It is parked in the yard of an Iraqi police station and, through the gates, you can see a wide thoroughfare, more than wide enough to accommodate an RG-31 without disrupting traffic. The final shot (10) shows a Land Rover parked in front of an impressive building, with absolutely no shortage of space. The vehicle out front looks to be a Royal Engineers FV432 conversion.

I cannot believe that Drayson could assert that "careful consideration" had been given to the matter. If there had been, there would be RG-31s on order. This is yet another lie. We have plenty more photographs to come, and another remarkable sequence to follow that, which should totally nail the lies. We will keep going until we do.